Longwood Jams in Place is a new hour-long event that begins with a 30-minute living room musical performance on the Longwood Alumni and Career Services Facebook page and finishes with 30 minutes that we hope listeners will set aside to check-in on a Longwood friend -- a current student, a group of alumni, fellow classmates, or maybe a favorite professor. In a new normal where social distancing is a requirement, Longwood Jams in Place can provide just a short period of time to focus on our friends from within the campus community and come together and support a fellow Lancer.

As part of Virtual Alumni Weekend (May 29-31), we are happy to bring you two special editions of our Jams In Place sessions featuring talented Longwood alumni performing just for you.

Friday, May 29 will kick off the fun with one of our all-time favorites and Longwood legend Pat McGee ‘95, who will play a live set at 8 p.m. featuring his best-known songs from the last 25 years--including from his first album, “From the Wood,” which was recorded while he was a student.

The celebration continues on Saturday, May 30 at 8 p.m. with the return of R&B/soul recording artist Jason Masi ‘02, who brought the virtual house down during his April 15 Jams in Place session. Longwood alumni will remember Masi with his bands MickyFinn and Jubeus, which he left in 2010 to go solo.

Both artists will chat with fans during their sets on the Longwood Alumni & Career Services Facebook page, so don’t miss your chance to say hi to these two stars.

A surprise appearance you won’t want to miss! Grammy Award winner Jason Mraz will perform immediately following Jason Masi on Saturday night! So if you are in Farmville or 93 Million Miles away, don’t miss your chance to see this legendary Lancer perform just for you!

Roxanne Cook is a Washington, D.C. based singer-songwriter, visual artist, and self-proclaimed "adventurer." She graduated from Longwood in 2017 with a double major in both Vocal Performance and Choral Music Education. During her time on campus, you could typically find her locked in a tiny practice room for hours practicing her music. She was also closely involved with Sigma Alpha Iota, the Jazz Ensemble, Waterworks Players Community Theatre and the Camerata Singers.

In 2015, Roxanne formed a lo-fi “girl-band” called “Babe Rage” that performed at various venues around the “DMV” including DC9, Comet Ping Pong, Songbyrd, MilkBoy ArtHouse, and many others up and down I-95. They released their first and only album “Psychademo” in 2017 just before the band’s hiatus in 2018. Since then, Roxanne has been focusing on a solo-songwriting act and performing at weddings and special events. She is also the full-time music specialist at Capitol Hill Montessori where she teaches grades Pre-K through 8th.

Justin Trawick is a 2004 Longwood graduate. In addition to earning a bachelor's degree in communication studies, his time on campus was devoted to his passion, music. Justin was involved in Phi Mu Alpha, Jazz Ensemble, and WMLU 91.3fm.

After Longwood, Justin began performing in the DC area and along the east coast. Justin has worked to build a brand that goes far and wide with his creation of the nationally touring show “The 9 Songwriter Series” and co-founding “The Circle of Life Podcast.”

Jason Masi, a 2002 Longwood graduate, is a DC based singer-songwriter. Jason started his musical career at Longwood in the band MickyFinn, and later Jubeus, before going solo in 2010 to achieve an acoustic soul/r&b sound. He has since released four solo albums, Balance & Pull (2010), Life Is Wonderful (2012), Power of a Woman (2014), and Capture the Heart (2018). While Masi loves bringing a passionate and energetic performance to each stage, he truly enjoys meeting and catching up with all of his fans before every set.

Fun fact: Many songs from Masi's latest album including - “Calm Me Down”, “Love’s Lips”, "Rest Be the Remedy", "The Adventurer", and "Capture the Heart" have been featured in multiple scenes in the #1 hit daytime drama, The Young and the Restless, on CBS.

How can you support Longwood?

As we all face these historic and challenging times ahead, we are reminded of the resilience, strength and compassion of our Longwood Community. Please, also consider supporting the Longwood Fund. Contributions here give us the greatest flexibility to meet the suddenly pressing needs in our campus community --- especially the urgent and unexpected resource needs of our students who dearly hope to continue at Longwood, but also support to help our faculty and staff in their vital work at this moment.

Ever wonder how you can help?

An easy and fun way to help Longwood, earn points and get rewards! 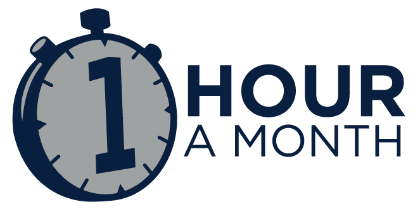