Author/illustrator Todd Parr, who has participated in the festival since its first year, draws a crowd of engaged young readers to one of his presentations.

Bigger than The Hungry Caterpillar’s appetite. More beguiling than The Cat in the Hat. More fun than a day with Pinkalicious.

Those are just a few of the ways you could describe the sixth annual Virginia Children’s Book Festival, held, as always, at Longwood.

Now the largest festival of its kind on the East Coast, the VCBF once again attracted the “rock stars” of children’s and young adult literature and their admirers, who flocked to campus in the highest numbers ever: upwards of 10,000 children, teens, teachers, parents and other book lovers. Some attendees came from as far away as Florida, Kentucky and Utah for the chance to meet their favorite authors and illustrators.

Every year there is a special emphasis on creating innovative programming. This year author Phil Bildner (Rip & Red series) took festivalgoers to the basketball court for a discussion of teamwork and overcoming obstacles, and illustrator Raúl The Third (Lowriders in Space) explored lowrider culture with young readers while helping them build a working engine.

“The authors and illustrators jump at the chance to do something new and innovative,” said Juanita Giles, executive director of the festival. “If [readers] are dribbling a basketball or working on a car engine or writing their own hip-hop verses while exploring a book, then reading comes to life in a powerful and profound way.” 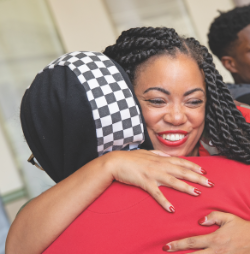 In a hip hop-themed workshop, author Tiffany Jackson helped students create their own rhymes based on themes from her book Let Me Hear a Rhyme. 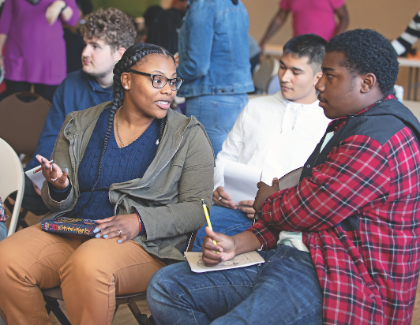 The students collaborated with each other to hone their work. 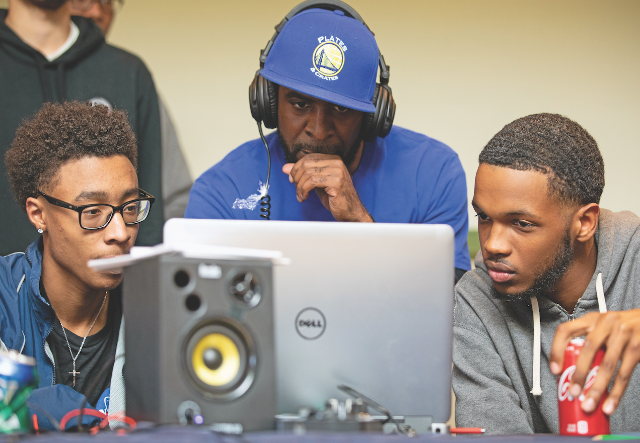 Finally they developed a music video with the help of artist Malik-16 (center). 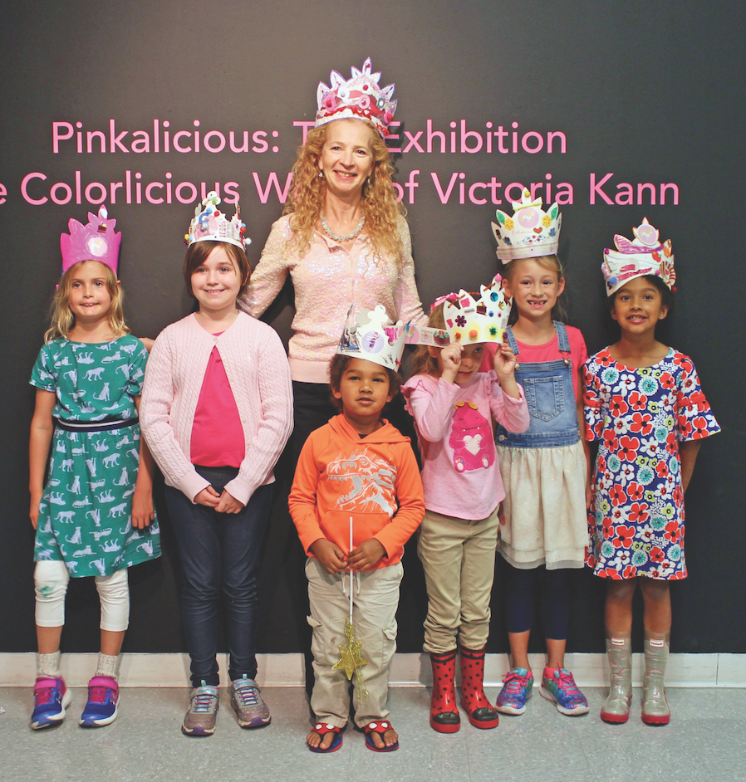 Pinkalicious author Victoria Kann gets into the festival spirit with a few of her admirers at the Longwood Center for the Visual Arts (Photo by Kristen Mosley.) 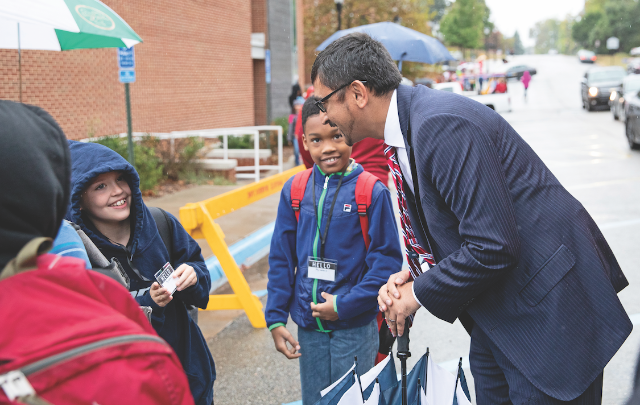 Virginia Secretary of Education Atif Qarni greets children as they arrive on the Longwood campus. 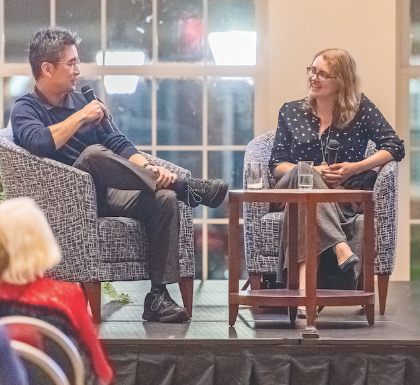 Best-selling authors Kazu Kibuishi (left) and Tui Sutherland discussed their success with book series as keynote speakers. Kibuishi writes and illustrates the Amulet series of graphic novels; Sutherland is the creator of the Wings of Fire series of middle-grade novels.