The Joan Perry Brock Center is expected to open in spring 2022.

A section of campus never known as Longwood’s most attractive will soon be among its most vibrant and inviting— anchored by a new convocation and events center made possible by the largest donation in Longwood’s history, from philanthropist Joan Perry Brock ’64.

The center, which will bear Brock’s name, will sit at the heart of a new corridor between Brock Commons and South Main Street, flanked by handsome new facades on Curry and Frazer halls and a new music education center that will be home to a thriving and expanding music department. More than just a revamp for the campus community, however, the corridor will underscore the goals of creating seamless transitions between campus and downtown Farmville that were highlighted in the 2015 Master Plan.

Brock’s historic $15 million gift, announced in April, will create a community attraction for convocations, graduations, concerts and exclusive speakers, as well as provide a new and boisterous home for Longwood’s basketball teams. It is expected to open by the spring of 2022.

“I’m pleased that the Joan Perry Brock Center is going to be a focal point for the whole community to interact, not just Longwood,” said Brock. “It will be a rallying place. These shared experiences are very important, locking arms with your neighbors, going forward with a common goal.” 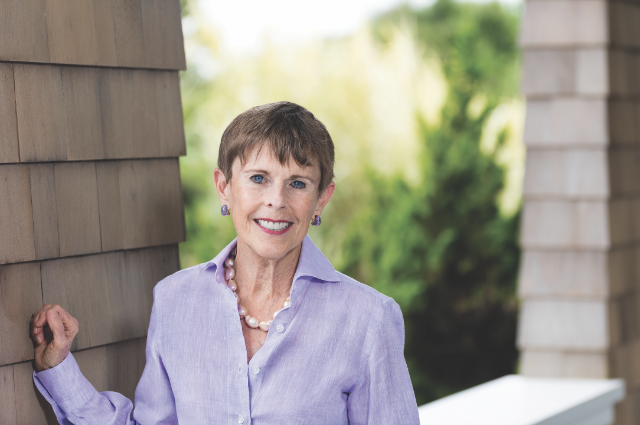 '[It will] be a focal point for the whole community to interact, not just Longwood.'

Other projects in the quadrant on the southeastern end of central campus—the reimagining of Curry and Frazer halls and a planned music education center near where the Bristow Hall facilities building now stands—are moving forward as the vision of the “Place Matters” Master Plan takes shape. The overhaul of that quadrant of campus promises not only to bring a vibrancy and sense of life to the area but also to redefine the way Longwood interacts with Farmville.

“Our back will no longer be turned to Main Street,” said Louise Waller, vice president for administration and finance, who oversees building projects. “One major focus of the Master Plan is that we undo barriers between town and campus and try to make the two feel seamless. With a new pedestrian entranceway between Curry and Frazer and two community- focused buildings filling out the space, that section of campus, which has always felt a little utilitarian to me, will really come alive in an exciting way.

”Work on the Curry renovation began in May. Frazer, with its handsome new façade and reimagined, modernized living spaces, will re-open to students in August and has already attracted praise from area officials for its elegance and welcoming design.

“We couldn’t be more excited to see Frazer Hall take shape over the last year,” said Farmville Mayor David Whitus ’83. “It has made this extraordinary transformation from plain brick box to a beautiful building that is an addition to the downtown district rather than a detraction. But what I’m most excited about is the buildings will have entrances off Main Street, which makes them feel like part of the community rather than separated. And with the promises of several new buildings along that same stretch, we are going to see an even more remarkable change.”

In March, Longwood announced that the General Assembly had approved funding for detailed architectural planning for a new music education building to replace the aging facilities in Wygal Hall.