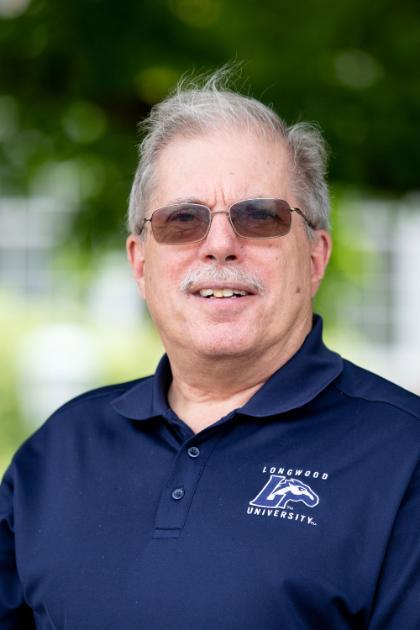 Earl E. Shaffer, Jr. is in his 43nd year as a music educator.  He retired from public school music teaching after a 35 years in June 2015.   An Arlington, Virginia native, he graduated from James Madison University in 1980 with a Bachelors of Music in Education degree.  An avid lifelong learner, Mr. Shaffer earned a Masters of Music in Music Education degree from Anderson University, South Carolina in May 2018, just days prior to his 61st birthday.

Mr. Shaffer’s bands earned SUPERIOR ratings for 26 consecutive years at VBODA concert festivals beginning in 1990 and continuing to 2015 making this one of the longest streaks of its kind in the history of the Commonwealth.  Mr. Shaffer’s bands have also earned Commonwealth of Virginia Honor Band titles 17 times as well during his career.   Mr. Shaffer is a class of 2011 inductee in the High School Band Directors National Association (HSBDNA) Hall of Fame in Columbus Georgia and a recipient of the John Long Award for National Excellence in Music Education.

In retirement, Mr. Shaffer is currently serving as a professor in the department of music at Longwood University where his responsibilities have included being the director of bands and conducting the LU Wind Symphony. Currently he teaches music education classes, supervises music student teachers, and directs “Stampede”, the LU basketball pep band.

Mr. Shaffer is an active adjudicator and clinician for scholastic marching and concert band rehearsals and festivals in the mid-Atlantic region.   He is a regular guest conductor of area and district honor bands as well.

Mr. Shaffer has been named the conductor of the Richmond Pops that performs in front of thousands of patrons at the historic Altria Theater.  He was one of the conductors of the Virginia Ambassadors of Music Summer 2016 and 2018 two-week European Concert Tour and is looking forward to the resumption of the tour in 2023.   He is also the Associate Conductor of the Greater Richmond Youth Wind Ensemble (GRYWE) which is an auditioned Richmond-area honor band that rehearses weekly in the spring at Virginia Commonwealth University.

Away from teaching, Mr. Shaffer is an avid N-Scale and O-Gauge model railroad operator and collector, a pilot of radio-controlled aircraft, is a clarinetist who currently performs with the Commonwealth Winds of Richmond Virginia, the Richmond Clarinet Choir, and is an avid distance bicyclist.