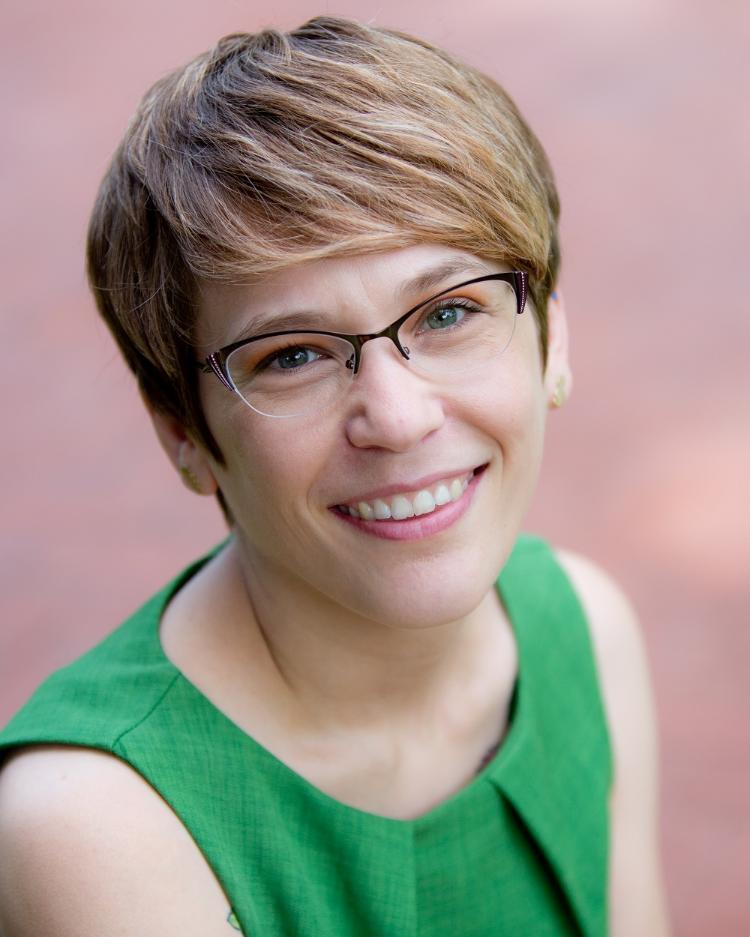 Longwood has been Dr. V.'s home since 2015. She teaches all levels of language and culture in the German concentration as well as MLAN courses for Civitae. Her favorite part of teaching is collaborating with students to develop and offer courses on exciting topics that integrate their personal and professional goals and curiosity. Dr. V. also has the privilege of advising student-driven independent research and Honors projects, many of which result in her mentees presenting their work at state and national academic conferences in a variety of fields as well as receiving accolades such as the Longwood Excellence in Research and Inquiry Award.

Dr. V. enjoys research on a variety of topics. She has recently published on activism in Bob Dylan's novel Tarantula against the social and political backdrop of its time; the sympathetic magical transference of punitive animality in the early modern Volksbuch; the emotional and psychological bonds between humans and animals in German and Austrian realist literature; and representations of companion animals in late nineteenth-century European novels of adultery. She has completed the manuscript for a monograph on animal advocacy by European writers of the late nineteenth century. She is also hard at work on new translations of Rainer Maria Rilke’s poetry and investigations of the influence of the "animal watcher" on human behavior in the contemporary German Tierkrimi.

Outside the classroom, Dr. V. has played viola (die Bratsche) and violin (die Geige) in Longwood University's String Ensemble and is a member of the Washington Metro Area LEGO Users Group. In her Freizeit, she enjoys knitting, writing old-fashioned letters, making awful puns, collecting garden gnomes, and visiting her beloved German Zuhause Saarbrücken. You can also catch her spoiling her feisty felines, Richard, Charley-Travis and Vash, and sharing memories of her beloved boys Joe Dirt (2006-2021) and Gray Furbuster (2000-2021).

Dr. V. is an LGBTQ+ ally, her office and classrooms are safe zones, and her door is open for any and every student in search of resources or conversation that will support the cultivation of inclusive learning and social spaces.