It's a statistic that may raise eyebrows: More than 80 percent of college students say they have been the targets of microaggression.

From cringe-worthy comments on how articulate a black student is to offhanded remarks on stereotypical gender roles, microaggressions are the subtle—often unintentional—offenses that knock us down a peg. With the impending release of "Dear White People," the issue of microaggressions—particularly on college campuses—is going to be at the forefront of the national conversation.

A study by Longwood University professors Dr. Rachel Mathews, Dr. Stephanie Buchert, Dr. Maureen Walls-McKay and Dr. Don Fleming reveals not only the overwhelming scope of the problem on college campuses but also the nature of the microaggressions.

It can be a seemingly innocent joke about a co-worker's accent. Or oohing and ahhing over a black woman's hair. Or a cultural generalization not rooted in fact.

Microaggressions are subtle offenses rooted in discrimination over gender, race or some other individual factor. They can take many forms, and the issue has very vague borders.

"Plenty of people see the issue of microaggression as political correctness run amok," said Walls-McKay. "And it's certainly true that what offends one person may not offend someone else. But what's clear is that college students see it as an issue in their lives and overwhelmingly say that it's a problem."

What form does it take on college campuses?

According to the researchers, who surveyed hundreds of college students on their experiences with microaggression, these behaviors take three distinct forms: insults, assaults and invalidations.

What can we do about it, especially on college campuses?

Students helping other students—that's the key to dealing with microaggression on college campuses, says Fleming.

There are three stages to a microaggression episode: before, during and after.

Fleming and graduate student Gary Shepherd designed a pilot program to enhance the dialogue that often happens after these incidents. "When students have a chance to engage in meaningful dialogue—with a support person or with the transgressor—they are better at identifying the problem and finding solutions to it," said Fleming. "It's important that students take the lead on these issues. Adults often have different perceptions of microaggression than students, and it's important to work these issues out on a common level."

On college campuses, Fleming and Shepherd say, the program they designed fosters buy-in by putting peer supporters in leadership roles. That way, they can set the tone before migroaggression happens, and provide effective dialogue in the aftermath. "It's setting the stage for student leaders to be change agents," said Shepherd. "It legitimizes their actions."

[Image of students courtesy of Shutterstock] 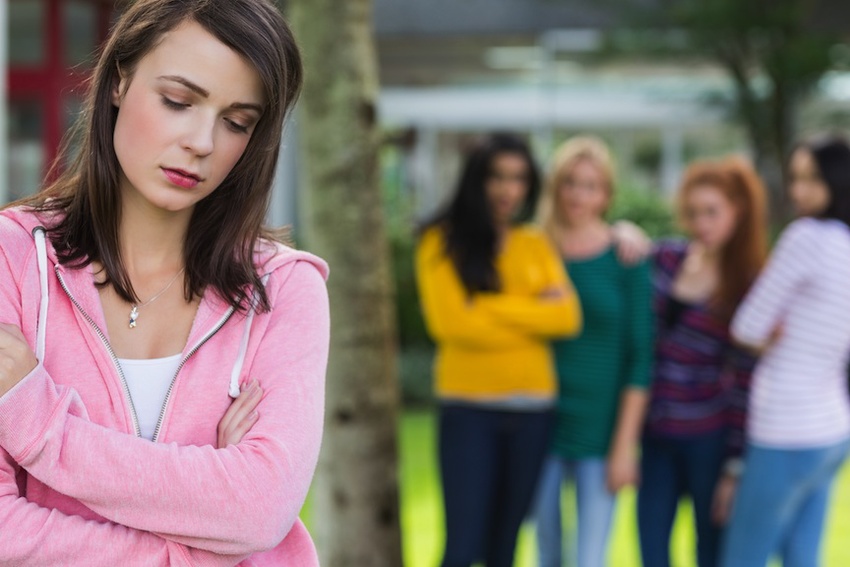