College students should think twice before they text or read a Facebook post in class. Their test scores suffer when they do that, says a Longwood University researcher.

Every time students use their cell phone in class potentially affects their test grades, found Dr. Chris Bjornsen, who studied the relation between in-class cell phone use and academic performance in all of his classes during an entire academic year. The study revealed that a one-point difference in average number of times a student uses a cell phone during class was associated with an average decrease of six-tenths of a point, out of a score of 100, on the next test.

"Cell phone use in class is significantly and negatively related to grades, and it is significant regardless of grade-point average," said Bjornsen, a psychology professor, who suspended his prohibition on cell phone use to conduct the study.

The study tracked the in-class cell phone use of 218 students in the six courses Bjornsen taught over both semesters during the 2013-14 school year. At the end of each class period, each student filled out a brief questionnaire—their responses were confidential but not anonymous—about how frequently, and for what purpose, they used their cell phone in class. Bjornsen ended up with 4,735 completed surveys.

"My assumption before conducting the study was that cell phone use in class was negatively related to their learning," he said, "but I didn’t have actual data to support that assumption. Now I have 4,735 records of evidence."

The study found significantly lower test scores for those who use their cell phone for social media ("read or send email, text message, Facebook, Twitter") —"overwhelmingly" the most frequent use, said Bjornsen—and for playing games, which is far less frequent. The average decrease for each use was .6 for the former and 3.1 for the latter. Internet use and what Bjornsen called "organization" (writing a note to one’s self or checking one’s calendar) did not significantly correlate to test scores.

"I suspect that the average cell phone use during a typical college class is four to five times, which is enough to predict a change in a student’s GPA," said Bjornsen. "Some students probably underreported their cell phone use, but that just makes the results even stronger."

Even when students with higher GPAs use their cell phone in class, their test scores are lower than when they don’t, said Bjornsen. "It’s not that GPA doesn’t matter, but even when you take GPA into account, cell phone use is an independent and significant predictor of test scores. Above and beyond GPA, cell phone use still predicts changes on test scores."

The study used average scores on questionnaire items for the class days prior to each test, and since the previous test, to predict test scores. Participation was voluntary (only one student in all of Bjornsen’s classes chose not to participate), and Bjornsen assured students repeatedly throughout the semester that their responses would not affect their grade.

"The overall trend was that when cell phone use is higher, test scores are lower, for everybody, within each period before a test," said Bjornsen.

The results did not surprise Bjornsen. "If students aren’t paying attention, they’re not getting the information. An A student can’t necessarily pay attention to two things at the same time any better than a D student. Students may assume that cell phone use isn’t related to their test scores, or they just can’t help themselves because it’s what they’re now accustomed to doing all day long."

Although previous research has documented the link between in-class cell phone use and lower levels of achievement, Bjornsen called his research the "most extensive study" on the subject that has been published in terms of the repeated, daily measurement of cell phone use on which the results are based.

"No published studies have measured daily in-class cell phone use over an entire semester or academic year and compared it to test grades throughout the term," he said. "The majority of studies ask students to estimate the number of times they use their cell phone, or to estimate the amount of time they spend on cell phone use in general. Because previous studies have relied on self-reports of average use, they may have reported results that are only moderately accurate."

An article about the study was accepted for publication in Scholarship of Teaching and Learning in Psychology, an American Psychological Association journal, in late August. The article was co-written with Dr. Kellie Archer, associate professor of biostatistics at Virginia Commonwealth University, who helped with the statistical analysis. Results from the study’s first-semester data were presented by Bjornsen at the annual meeting of the Southeastern Psychological Association in March 2014. 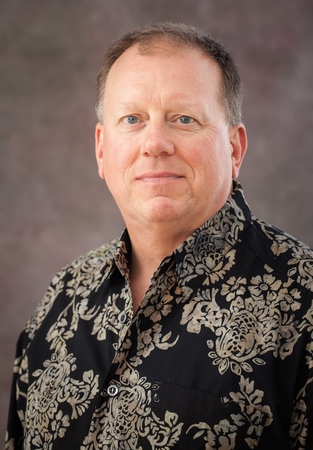