As 16 heads bobbed up and down to late-’90s pop hits—from Backstreet Boys to Britney Spears—ordinary white boxes began filling up with red-white-and-blue plates, cozies, flags and pompoms.

As the chorus arrived, the singing started: “that makes you larger than life.”

“Only 26 more to go,” rose a voice over the synthesizers, as the stack of 150 empty boxes dwindled down and the pile of packed boxes against an empty wall grew taller.

Soon to head out to places far and near—from Midlothian to Muskego, Wisconsin and beyond—the boxes will land on Longwood alumni doorsteps and give them everything they need to host a family-and-friends watch party on one of the most unforgettable nights in Longwood history. 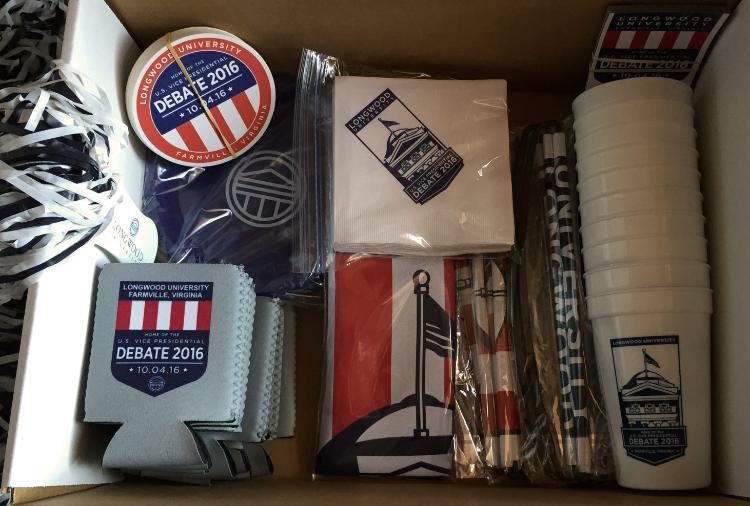 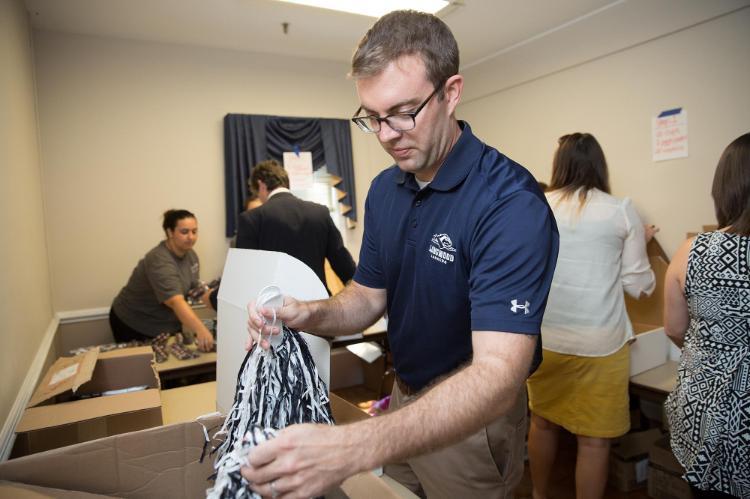 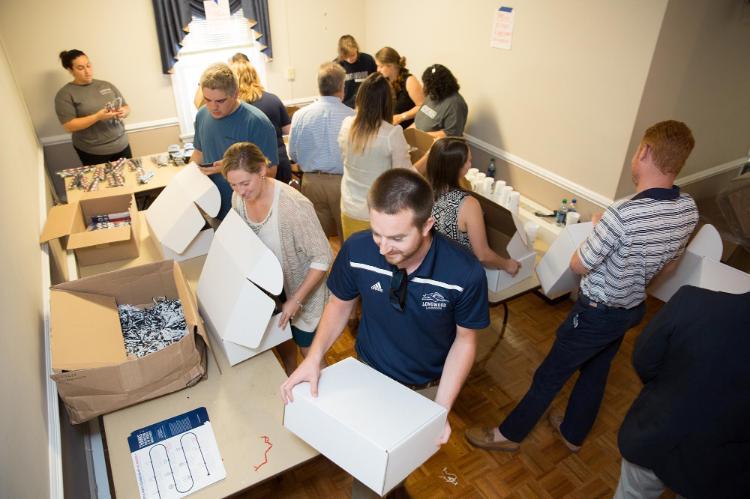 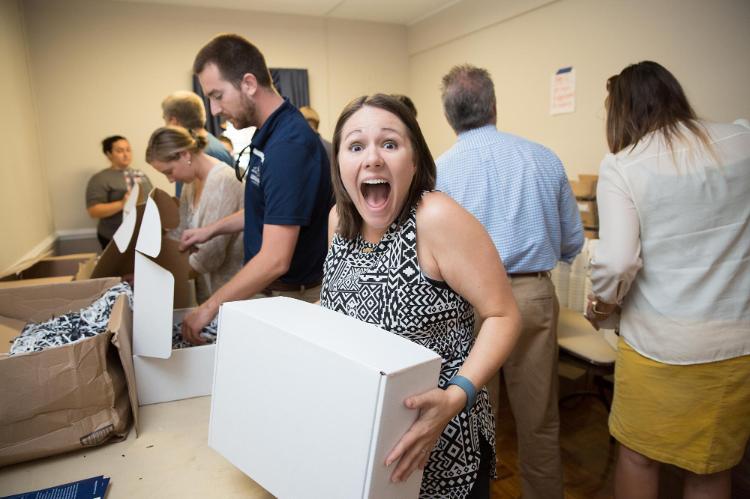 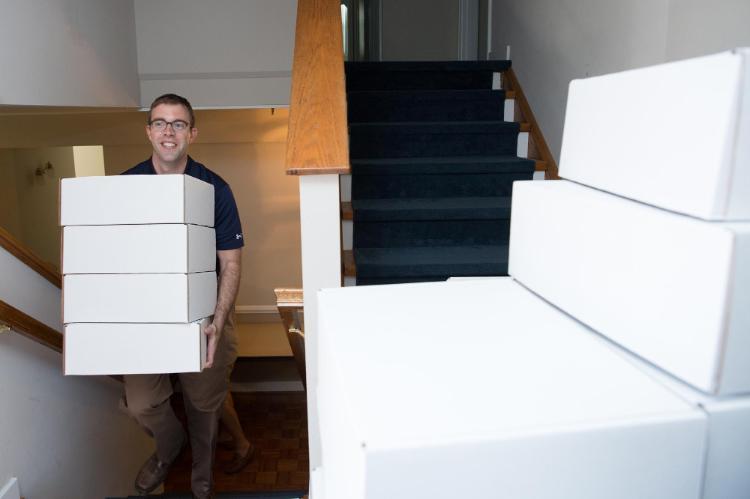 Ryan Catherwood, assistant vice president for alumni and career services, was given the arduous task of moving the full boxes up the stairs to be taken to the post office. He was no match for the relentlessly growing stack of boxes being completed as the assembly line kept pace with the energetic music.

“These alumni all signed up to volunteer for the debate,” said Catherwood. “We had overwhelming support for the debate effort, and asked many of them to spread the Longwood spirit to their friends and family. Using the debate as a point of pride for alumni is really key to the long-term success of the effort.”

Alumni from Farmville to Fort Worth are hosting watch parties the night of the 2016 Vice Presidential Debate, which will be held on campus at 9 p.m. Tuesday, Oct.4. The watch party kits assembled this week will give party hosts enough decorations and favors to ensure a successful event.