Thursday, Sept. 8 started as many days have for Jim Lehrer, the longtime host of PBS's flagship "Newshour," with television cameras pointed in his direction. It ended in a slightly more unfamiliar setting, as Lehrer spoke to nearly a thousand freshman Longwood students marking the start of their college career.

The students had all read Lehrer's memoir, Tension City, which details his time spent behind the moderator's desk at a record 12 general election debates, and engaged in a lively discussion with the iconic journalism on citizenship, democracy, and the role of debates. Longwood will host the 2016 Vice Presidential Debate on Oct. 4.

In between: a visit to a political science class and a lively Convocation address to seniors starting their final year. 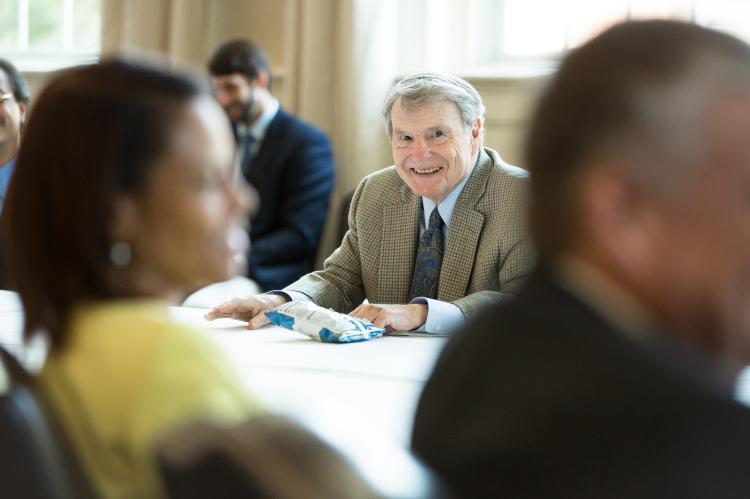 "From Oct. 4 on, what happens here on that night will be known forever as the Longwood debate."

Today's campaign for president of the United States—whether it's spoken or unspoken—is being driven by many of the things that were FIRST DRIVEN by what happened 15 years ago [on 9/11]." 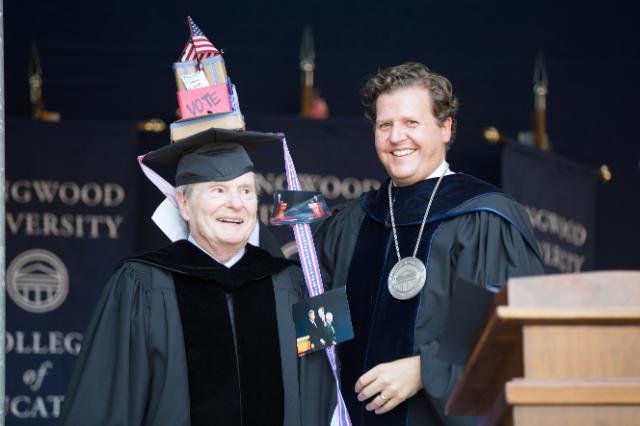