The eyes of the world will be on Longwood University October 4 for the lone Vice Presidential Debate of the 2016 General Election.

But on campus, the debate itself—and the simultaneous public watch party on Stubbs Mall—will be the culmination of a weekslong stretch of academic and public programming that will engage students, alumni, local residents and visitors in the historic experience of playing host to this historic event.

Longwood on Tuesday released a preliminary schedule of some of the major debate-related events that will take place on campus during the run-up to the debate and during Debate Week itself. All events are open to the public unless otherwise noted.

In addition to more than 30 courses offered this fall that will incorporate the debate in some fashion, Longwood has also made funding available to each academic department to host an event around the debate. Several of the Obligations of Citizens Departmental Lecture Series events that may be of particular interest to the public are included below.

"From the moment nearly a year ago we learned we’d been chosen to host the debate, Longwood has been determined to make the most of this opportunity for our students, alumni, and local community, and to advance our mission of shaping citizen leaders," said Longwood President W. Taylor Reveley IV. "The global attention on the event will be massive, but we’re not just interested in that. These and other events reflect our commitment to engaging our community in this experience – a commitment that will begin with the new academic year and last well after the debate." 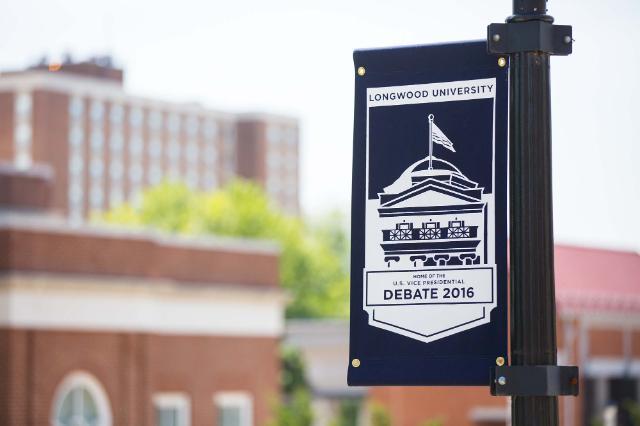