One of the main villains in the popular television series Game of Thrones is fond of slowly flaying his enemies, as his family has done for centuries. However evil by modern standards, Ramsay Bolton’s method of torture and murder was common in the Middle Ages, right?

Wrong, says a Longwood University medieval expert who recently published a book on flaying. Like much of what is commonly believed about the Middle Ages, said Dr. Larissa “Kat” Tracy, this is another misconception that has contributed to this period’s ill-deserved reputation.

“Flaying was rare in the medieval period and was done only under extraordinary circumstances,” said Tracy, associate professor of medieval literature.

Tracy edited and is among the contributors to Flaying in the Pre-Modern World: Practice and Representation, the latest of numerous books she has published on torture, brutality and violence in the Middle Ages. The book examines the removal of skin from humans and animals from the 11th century to the 17th century in Europe.

The only confirmable flaying case from this period, said Tracy, is that of Marcoantonio Bragadin, the Venetian commander who met his grisly fate after surrendering to the Ottoman Turks following the siege of Cyprus in 1571.

“He was flayed from head to toe and stuffed with straw in effigy. When his tomb was opened in 1961, they found his skin,” she said. “There are other accounts of flaying in the Middle Ages, but they haven’t been verified, and it’s almost impossible to determine if they actually happened.”

The most commonly depicted flaying victim is Saint Bartholomew, patron saint of tanners, often portrayed holding his skin and sometimes also a knife. Despite countless paintings of a flayed Bartholomew, his method of martyrdom remains a mystery, which doesn’t surprise Tracy.

“Stories of torture are common in accounts of saints, but we don’t know if they’re true. Saints’ lives are largely fiction,” said Tracy, whose first book was Women of the Gilte Legende: A Selection of Middle English Saints’ Lives.

Tracy’s latest book, like much of her extensive scholarship, was prompted in part by a desire to “refute modern misconceptions” about the Middle Ages, which she is fond of pointing out was not a period of wanton violence or unbridled barbarity.

“There’s a lot of misinformation, and the Internet doesn’t help. People cut and paste what they want to and repeat salacious gossip,” she said. “My colleagues and I deliberately try not to be gruesome, try not to indulge the spectacle. We piece together fragments, which is like detective work. It’s interesting.”

One of Tracy’s colleagues, art historian Asa Simon Mittman, became “intrigued” by flaying after seeing a specific image of Saint Bartholomew in a medieval manuscript and suggested that Tracy organize a session on the topic at the International Medieval Conference. The session she organized in 2013 proved so popular that they decided to pursue a book. The book has 15 articles from experts in various fields, including a chapter on anthropodermic bibliopegy—binding books in human skin.

Several contributors are members of the professional organization Monsters: The Experimental Association for the Research of Cryptozoology through Scholarly Research and Practical Application, which Tracy helped found in 2008 and of which she is currently vice president.

Tracy’s next literary project will examine a less gruesome subject. As a visiting scholar for five weeks last summer at St. John’s College, Oxford, she researched medieval manuscripts on literature, law and medicine for her forthcoming book, England’s Medieval Literary Heroes: Law, Literature, and National Identity. Some of the research was done in Oxford’s Bodeleian Library and the St. John’s College Library where she viewed manuscripts from the 12th and 13th centuries.

Visits to two other libraries were especially memorable. At the British Library, in London, she was provided access to the unique Sir Gawain and the Green Knight manuscript, one of the most famous Arthurian legends, a late 14th-century Middle English chivalric romance. “I was given an opportunity to handle it for one hour, which was a rare and extraordinary honor,” she said.

She also viewed the Auchinleck manuscript, one of the greatest treasures of the National Library of Scotland in Edinburgh. This manuscript, produced in the 1330s and also written in Middle English, is one of the most important English documents surviving from the Middle Ages.

Tracy is editor of Brill publishing’s Explorations in Medieval Culture series, cofounder and codirector of Longwood’s annual undergraduate medieval studies conference, and the author or editor of books on decapitation, castration, and wounds and wound repair in the medieval period. 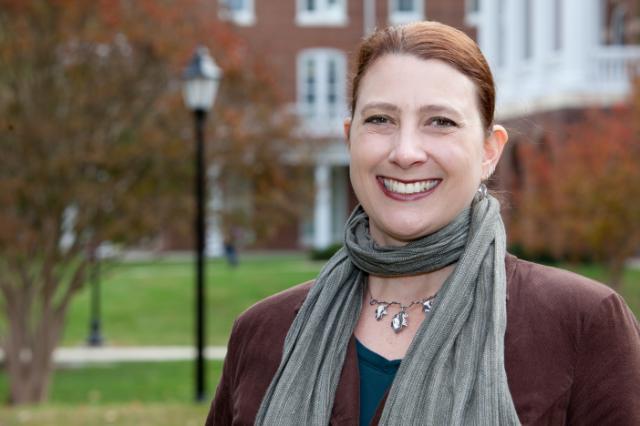