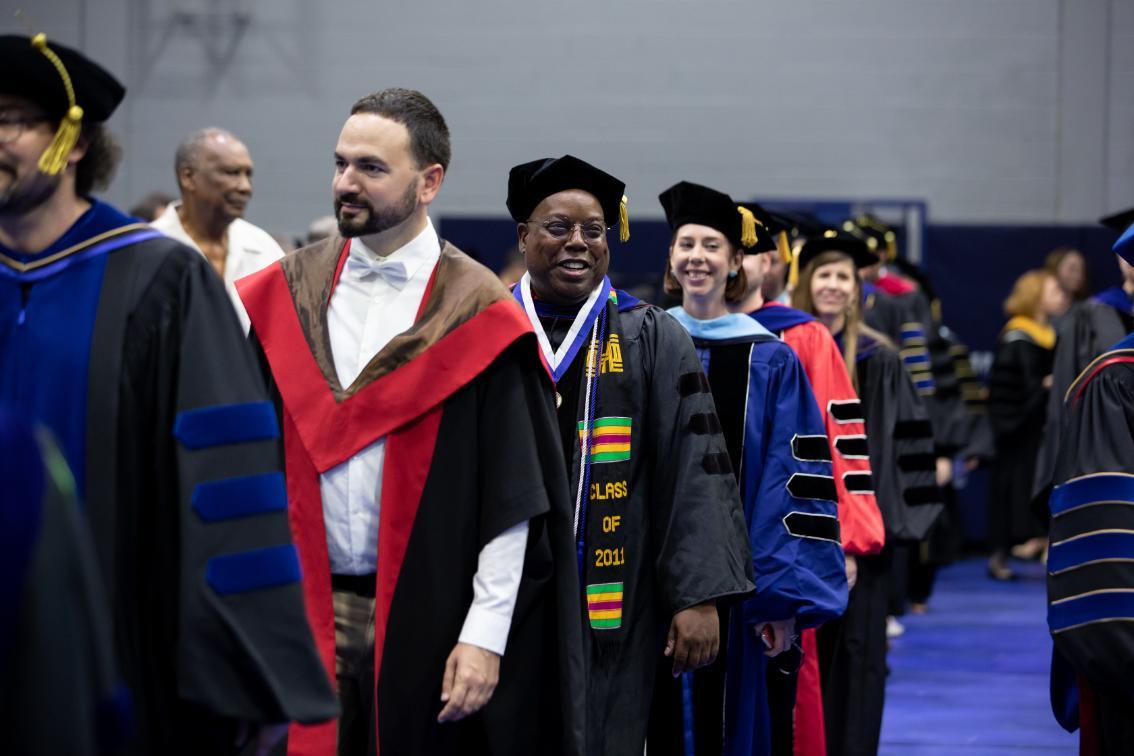 The convocation ceremony marks the official opening of the academic year. Seniors wear academic regalia and are initiated into their final year of university education. Longwood faculty members Denis Trubitsyn, Quentin Alexander and Sarah Tanner-Anderson were part of the processional. 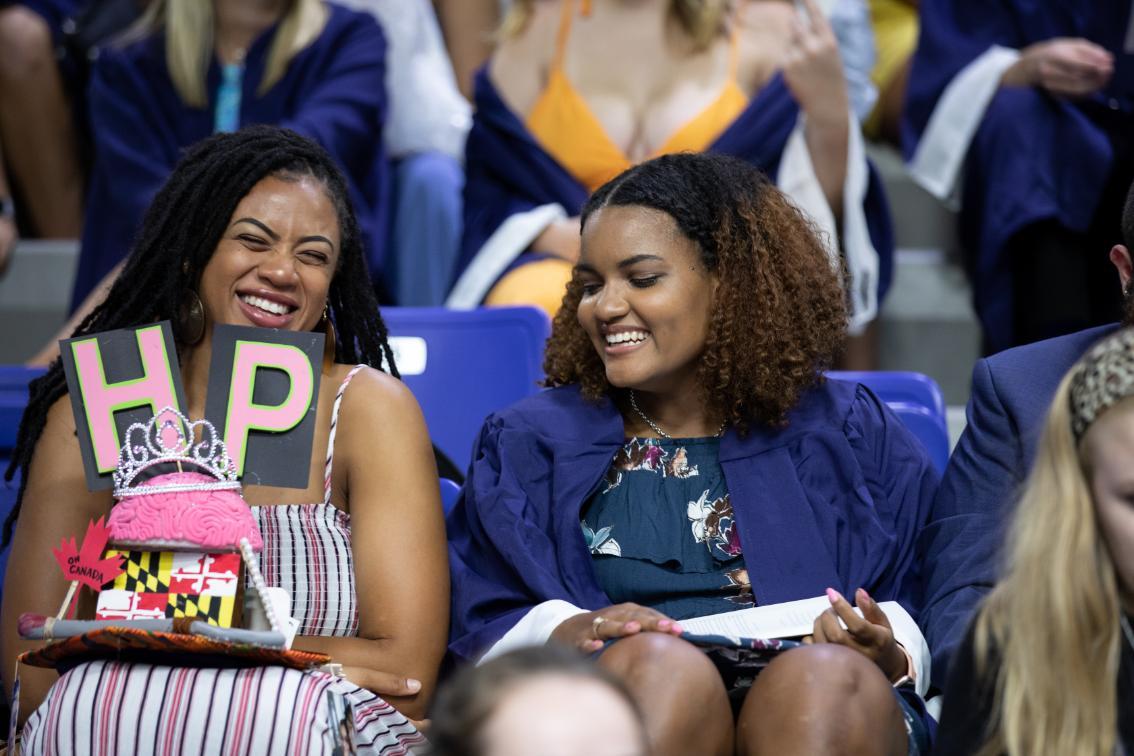 Student Government Association President Haleigh Pannell ‘20 (right) invited Imani West ‘18 to return to campus to be her capper. It was a full circle moment since Pannell capped West during her senior convocation. 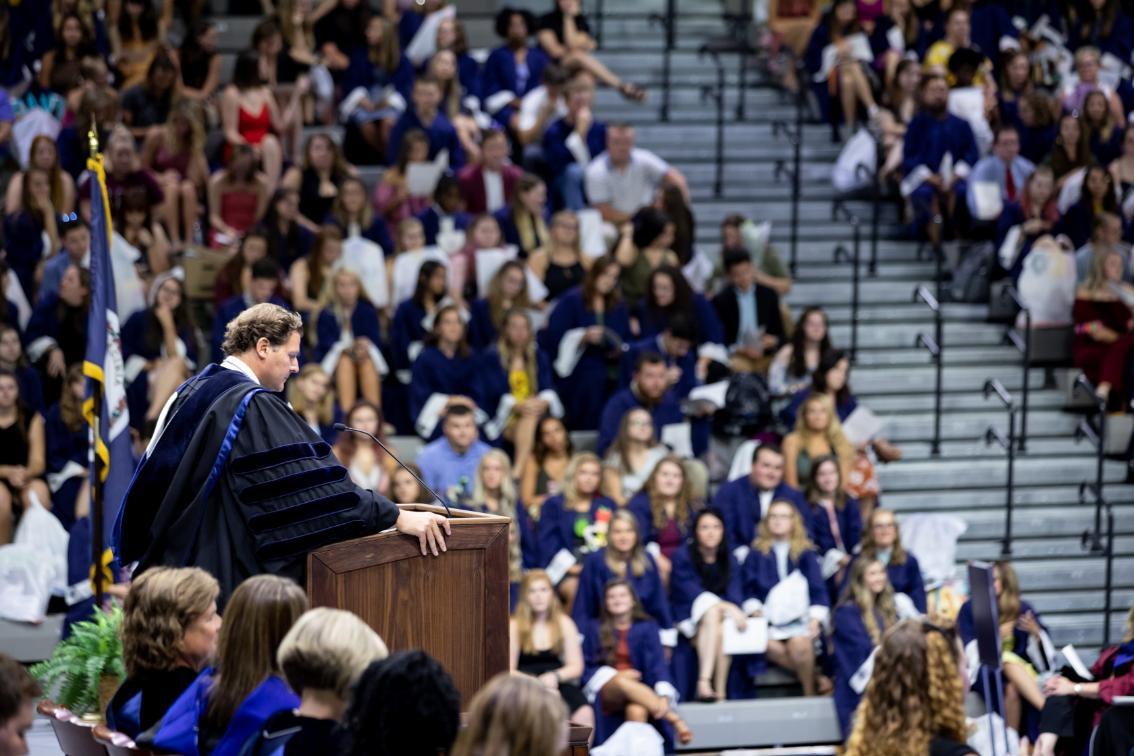 President W. Taylor Reveley kicked off the ceremonial start to the academic year. “Today we honor two groups: the seniors who will assume that title with the capping ceremony, and those who have guided them to that point--our faculty,” he said. 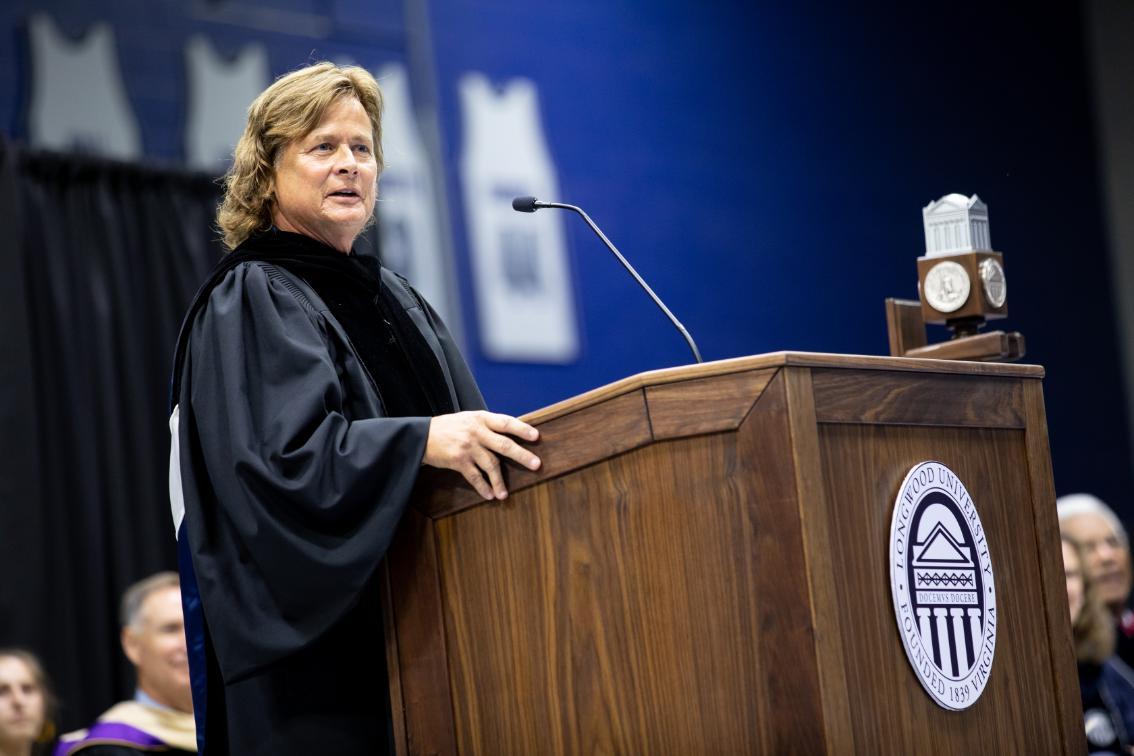 Longtime Longwood softball coach, Kathy Riley, was chosen to give the keynote address. Riley, who has built a dynasty over the past 22 seasons with multiple Big South titles under her belt, joked with President Reveley before recounting her own story of finding her calling through sport.

“My self-worth was molded by sports,” said Riley. “It was molded by my coaches, by my teammates who became my friends and by student athletes who trusted me so much even though I hadn’t earned it yet.”

It’s one of the most time-honored traditions at Longwood--the capping ceremony. Mortarboards are elaborately designed by seniors’ friends and then revealed at convocation. From stuffed foxes to No. 2 pencils, the caps often reflect seniors’ personalities and career paths. 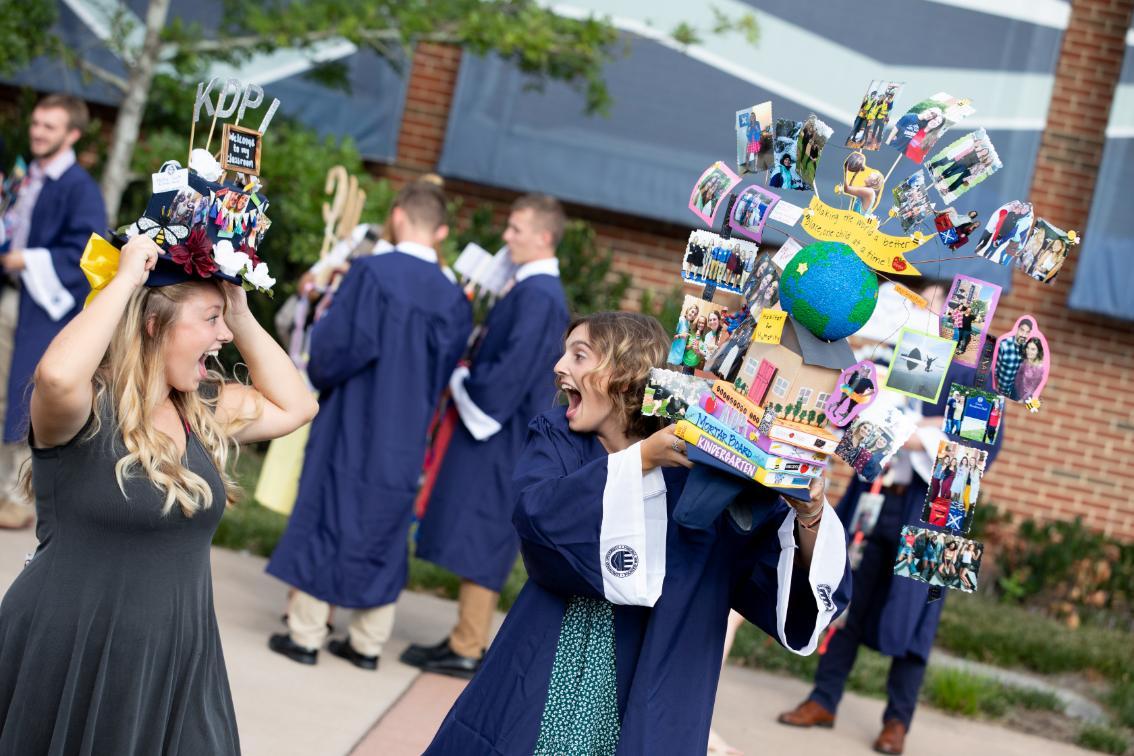 Each year at convocation students delight in seeing the unique creations that are the caps of their friends and classmates. 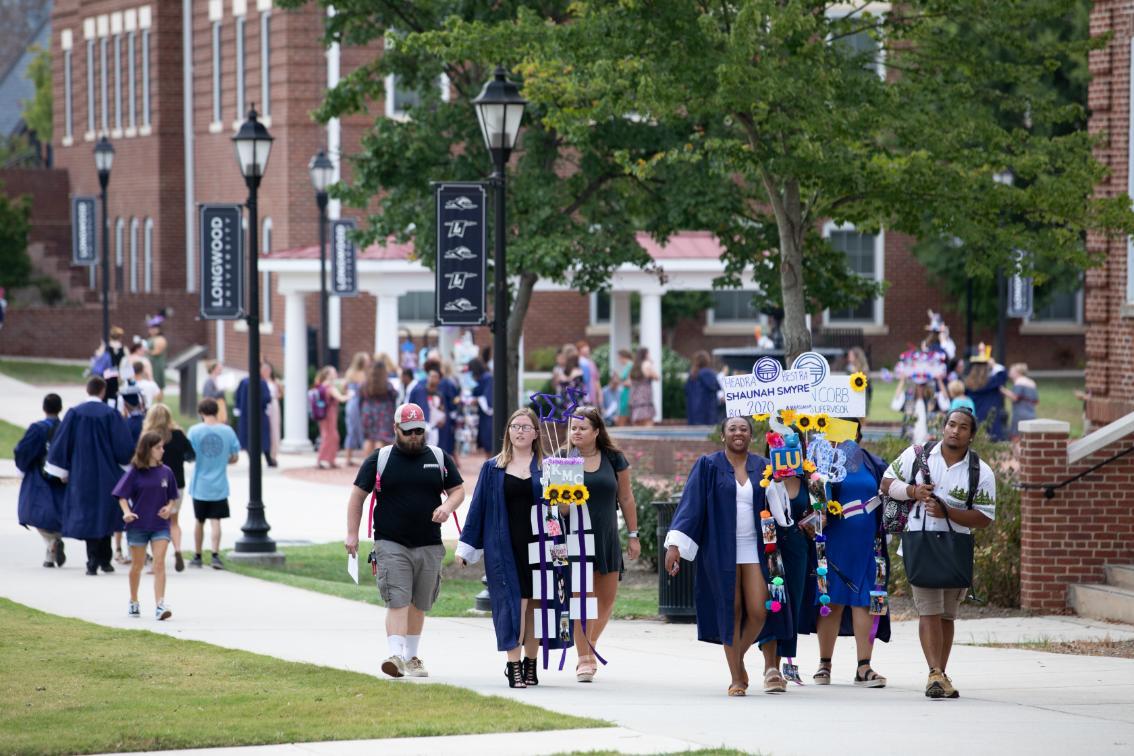 Seniors often invite their family and special friends to attend convocation and the capping ceremony—the first official rite of passage of their senior year.

Dr. Bennie Waller, professor of real estate and finance, was named this year’s Simpson Distinguished Professor--the highest teaching honor given to Longwood faculty. The title comes with a grant to further research efforts. 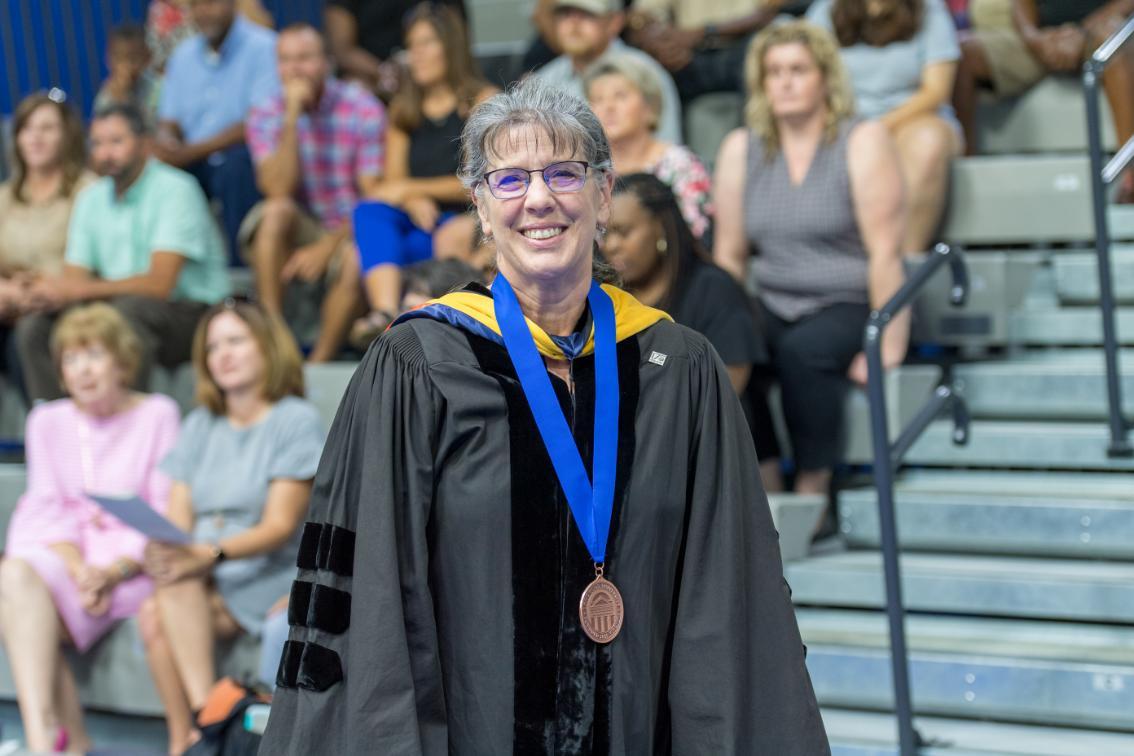 Dr. Renee Gutierrez was given a service award named for Dr. Bill Stuart, professor of communication studies, who left a lasting legacy on the university and department. 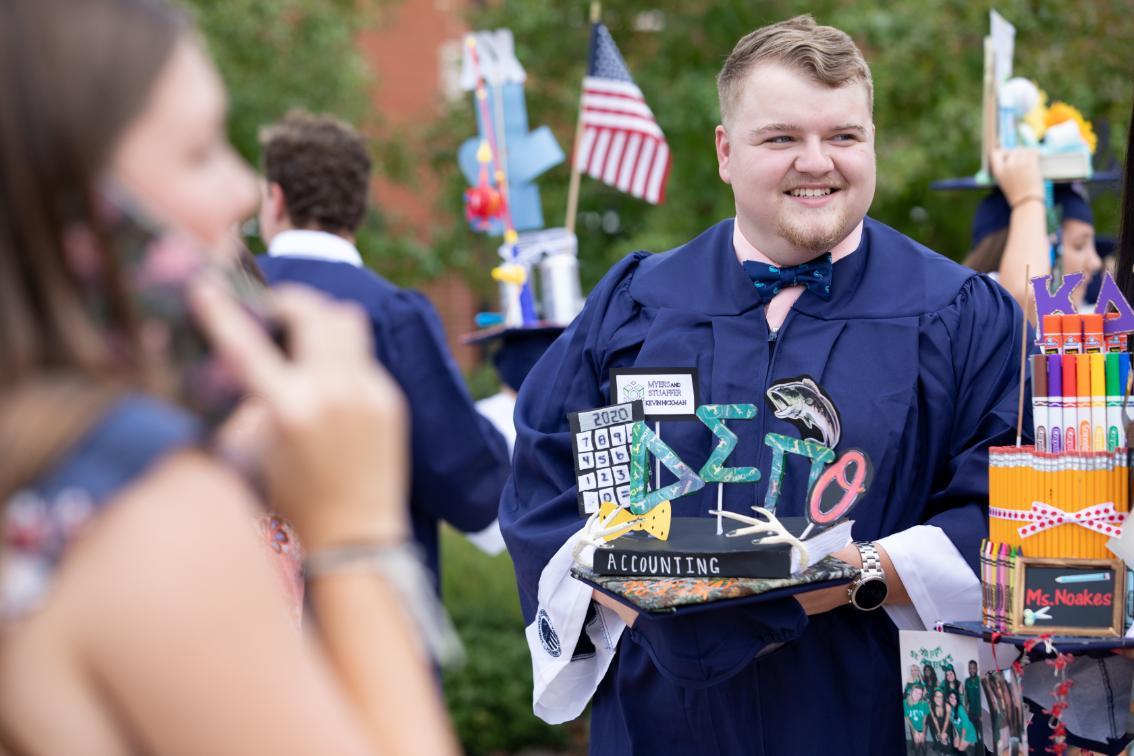 Many students, like this one, have their major and career paths depicted on their convocation caps. Each year it is amazing to see the level of creativity that goes into making the caps. 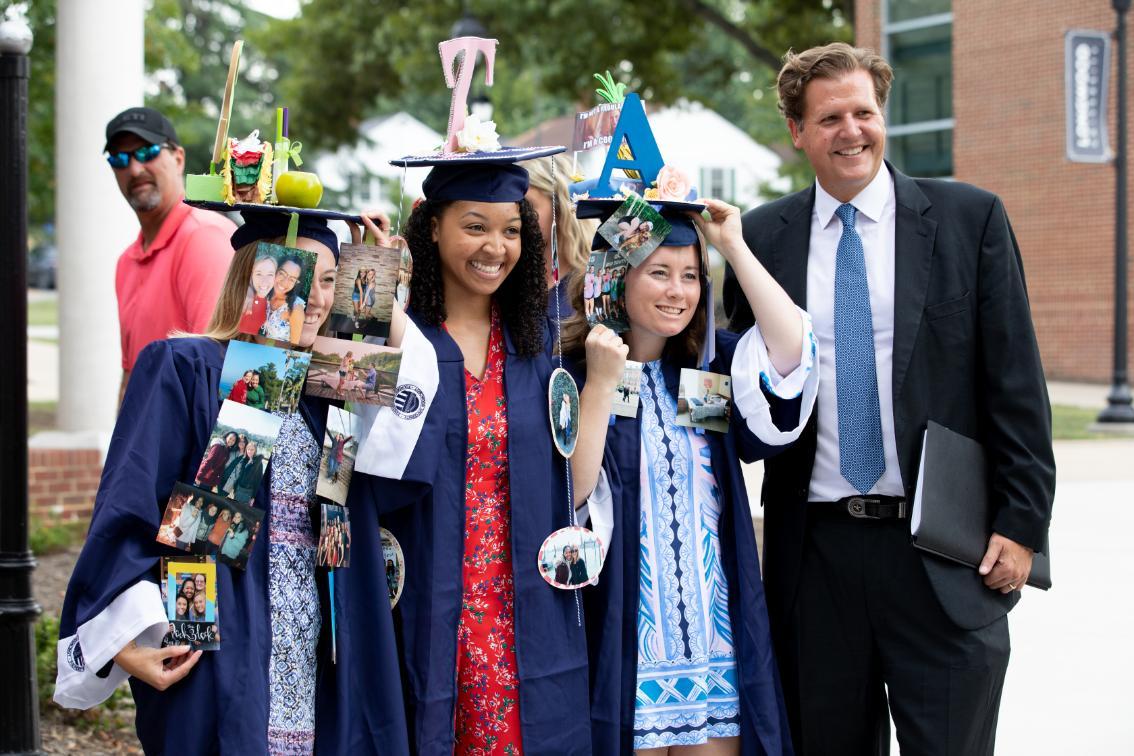 President W. Taylor Reveley IV poses with a group of students in their hats after convocation concluded.