Theater alum finds opportunity to make her own mark on Hollywood

It’s a classic Hollywood story: being in the right place at the right time. Twice now, it’s worked for Binta Barry ’16.

The first time, Barry, a theater major and member of the Cormier Honors College for Citizen Scholars who performed regularly in productions as a student at Longwood, impressed a casting director during an undergraduate intensive masterclass so much that she landed an internship in the notoriously difficult field to break into.

Six years after working in casting in New York and Los Angeles, including on such shows as The First Lady and Little Voice, the Covid pandemic presented Barry with another right-place-right-time moment as casting shifted from in-person performances to self-taped readings.

“Before the pandemic, 75-85 percent of auditions were done with actors in the room,” said Barry. “Now there are hundreds of self-tapes coming in, and I’m sitting on a lot of information from being in the room reading with actors to evaluating auditions and working with directors that I can help actors develop those tapes to a point they will stand out. Being able to put down a good tape by yourself is a skill, and one that casting professionals are well versed in. So I’m happy to help bridge that gap.”

That opportunity led Barry to go out on her own and launch Coaching By Binta just a few weeks ago.

I bring to the table not only my professional experience, but also my personal outlook as a young Black woman, a perspective that is missing amongst most active acting coaches and one that I am excited to contribute.

“I’m so excited to take my career to the next level with my own business,” she said. “As an acting and audition coach, I'll be working remotely with actors to refine their skills to help them feel comfortable with and excited about each new acting opportunity. I bring to the table not only my professional experience, but also my personal outlook as a young Black woman, a perspective that is missing amongst most active acting coaches and one that I am excited to contribute.”

Part of her role: being that right-place-right-time person for actors looking to break into the industry.

Because of her career so far, working with respected casting houses arvold, The Telsey Office, and Sarah Finn Co. Casting, she has deep connections and loads of experience that can combine to be the right break that a young actor needs.

She’s happy to play that role, the way Erica Arvold played it for her as a young Longwood student. Arvold came to campus to lead an intensive class with theater students and was impressed with a young Barry, who used that connection to secure an internship with Arvold, who was casting such shows as House of Cards and the feature film Lincoln. One of Barry’s first projects she worked on as an intern was the feature film Loving about a Virginia couple whose love affair sparked nationwide change in the form of a Supreme Court ruling that struck down the commonwealth’s ban on interracial marriage.

Networking is really essential, and showing people that you're engaging in the industry and leading with curiosity and a strong point of view.

“Casting is one of the areas in the industry that’s shrouded in mystery,” she said. “People behind the table and in front of the table have different versions of what casting entails, and I'm excited that over the past couple years, casting professionals have been empowered to establish these expectations with each other and with our clients. In doing so, we've made larger strides in throwing the doors open for anyone who's interested. A lot of people in casting start as interns and develop an understanding of what the job is and what the expectations are. Networking is really essential, and showing people that you're engaging in the industry and leading with curiosity and a strong point of view.”

Sometimes, it all comes together in a specific moment. Barry remembers a specific casting process where she was reading opposite an actor auditioning for a villain role.

“He was so good he legitimately scared me,” she said, laughing. “I lost my place in the script because I was so frightened. I was apologetic afterward but the director and casting folks thought it was great that his performance got a very real reaction. I’ve been so fortunate to see so many of those moments click.”

And now, as a coach, she hopes to be a catalyst for several more of those moments well into the future. 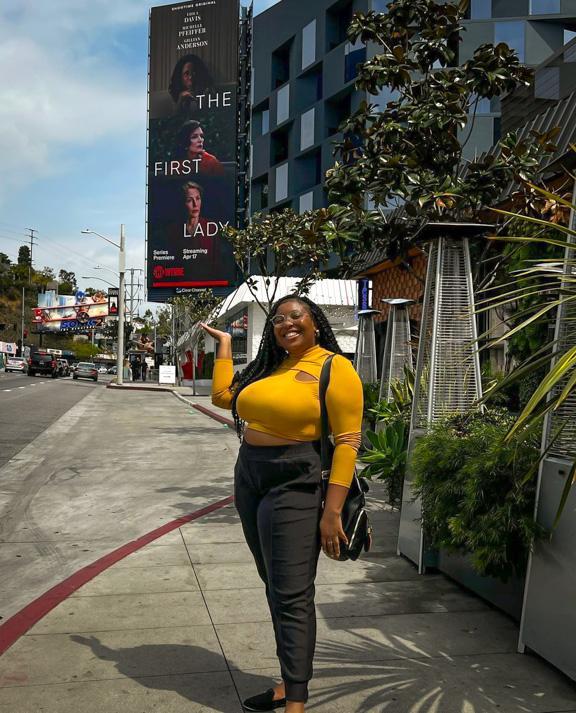