The last week of September will be one of the busiest in the history of Longwood University: administrators, faculty and staff will be in the final preparations for the arrival of the vice presidential candidates, who will take the stage in Willett Hall on Oct. 4 for a debate that will be watched by tens of millions around the world.

But twelve students and one professor will be miles away from the hubbub on campus and in the middle of a similar event—the first presidential debate of the general election at Wright State University in Dayton, Ohio.

The students, all members of photography professor Michael Mergen’s ART 495: On The Campaign Trail class, will spend the fall semester documenting the political process as photojournalists, traveling to large and small campaign events throughout the region, including two of the four general election debates.

"Photography has a unique and powerful role in shaping the way we think about issues and public figures," said Mergen. "As students in this class study photojournalism in its many forms, they’ll participate in the process, lending their own perspective to the larger conversation. In that way, we’ll explore the ideas of citizenship and democracy as the electoral process unfolds."

Mergen’s class is one of more than 30 fall courses that have been developed for the fall semester—each infusing ideas central to democracy and taking inspiration from the 2016 Vice Presidential Debate. The courses span more than 15 disciplines, some with an unusual take on the topic.

"This is going to be a transformative event on campus, and it’s a grand opportunity for our students to engage in robust debate themselves over issues we all wrestle with."

Kelly Nelson’s printmaking students will study the role of letterpress printing in political art and propaganda, while Spanish and French classes taught by Dr. Lily Goetz and Dr. Heather Edwards will examine foreign language in the broader political discussion.

"The faculty have risen to the challenge and put their minds to work on exploring the themes of democracy, citizenship, and elections from every conceivable angle," said Dr. Pam Tracy, associate professor of communication studies and director of the Center for Faculty Enrichment, who is coordinating the curriculum changes with Dr. Derek Taylor, professor of English and director of the Committee on General Education. "We will offer classes not only in disciplines that are typically associated with the political process—political science, communication studies, sociology, and history—but also truly innovative courses in physics, music and counseling. I am overwhelmed, but not surprised, by the enthusiasm and energy in this effort."

One of those innovative classes: Dr. Shawn Smith’s senior-level English course titled Active Citizenship: An Advanced Writing Seminar, in which students will take a critical look at the cornerstone document of our democracy: the constitution.

"I doubt a constitutional convention has ever even crossed students’ minds as a possibility," said Smith, smiling. "This course will shake up student assumptions about what the constitution is, whether it is a living document or rules etched in stone—and what that answer says about our society. It will culminate in a debate between students about whether we need an updated constitution and if a convention is warranted, which will get them thinking outside the box."

Smith, like many of his fellow professors who will teach debate-related courses, points to the event as an undeniable opportunity for students to dive deep into a subject they will witness firsthand.

"This is going to be a transformative event on campus," he said, "and it’s a grand opportunity for our students to engage in robust debate themselves over issues we all wrestle with. It really is a chance for us to put on full display the citizen leadership we expect of our students: the ability to think critically about the world around us and work to affect some positive changes. If my students leave this class unafraid to think critically about the constitution and weigh the merits of both sides of an argument, they’ll be a better citizen for it." 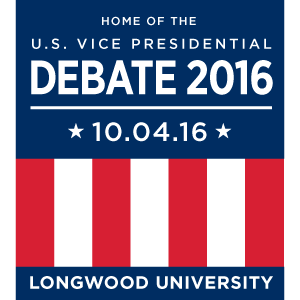