If Walls Could Talk

One group of parents moving their freshmen into the newly renovated Frazer Hall this fall must have felt at least a smidgeon of déjà vu. Years earlier they had moved into and lived in the same building. About all that’s left now of the Frazer they knew is the steel infrastructure, and there were looks of wonder on the alums’ faces as they compared their Frazer memories with the modern, well-appointed residence hall before them. Move-in itself remained very much the same: unloading piles of belongings, waiting for elevators, putting things away and saying bittersweet good-byes. 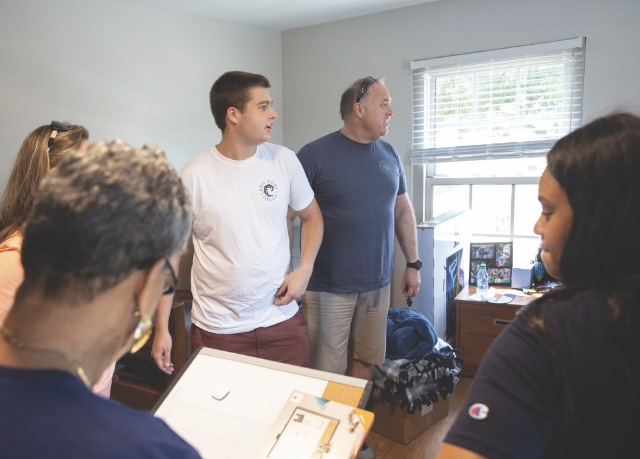 On their good side.

Dylan Fox (left) and his father, JOHN FOX ’93, strike a similar pose as they discuss move-in details in Dylan’s room, which is on the second floor—the same floor his dad lived on when he was a Longwood student. 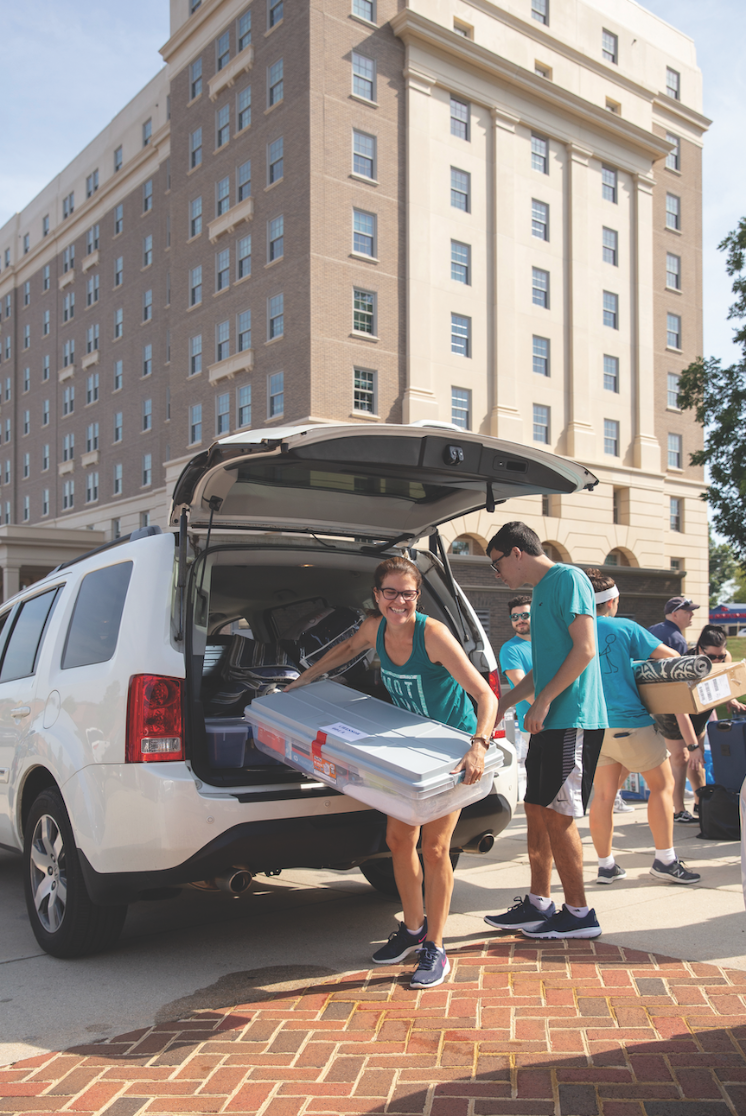 Giving his stuff the heave-ho.

CHRISTY CHESSOR ’95 begins to unload her son’s belongings, excited that Zachary Chessor is attending Longwood. ‘Longwood has had a lot of changes, but it still feels comfortable and like home,’ she said. 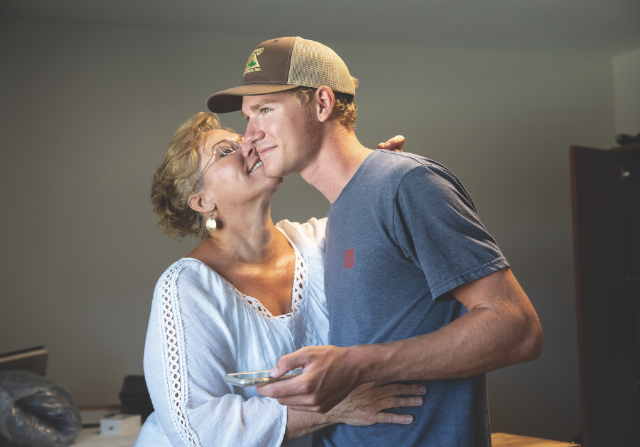 ANNE SEWARD ’89 wishes her son, Nick Seward, the best for his freshman year. 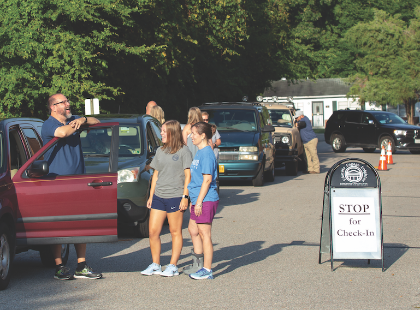 It’s good to be first.

The Parr family spent the night in Farmville so they could be first in line to move in, pulling into the coveted spot at 6:55 a.m. GORDON PARR ’85 lived in Frazer, and so will his daughter, Kara Parr. Mom CHERYL PARR ’86 lived in Curry, which is currently undergoing a renovation that mirrors Frazer’s. 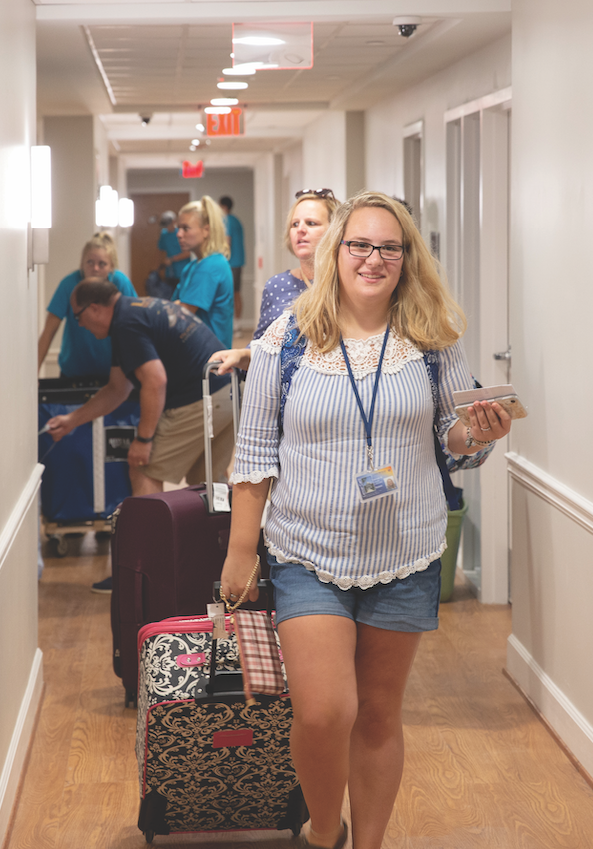 A long haul down a long hall.

Hannah Couch and her mom, ELLEN COUCH ’92, make their way to Hannah’s room. Ellen lived in Frazer for three years on three different floors. ‘I’m so glad Hannah is here. This is her dream school, and the building is awesome,’ she said. 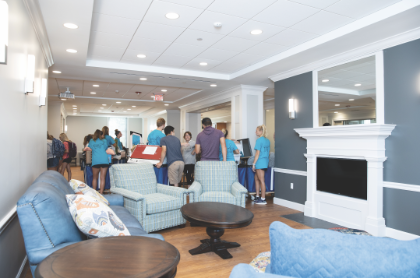 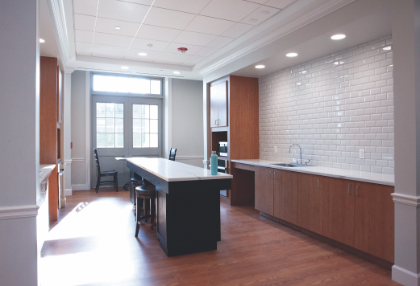 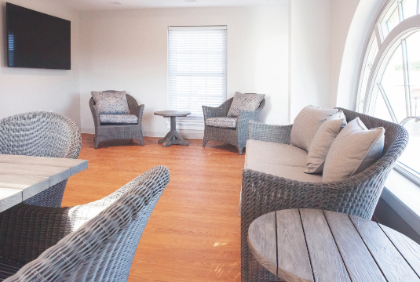 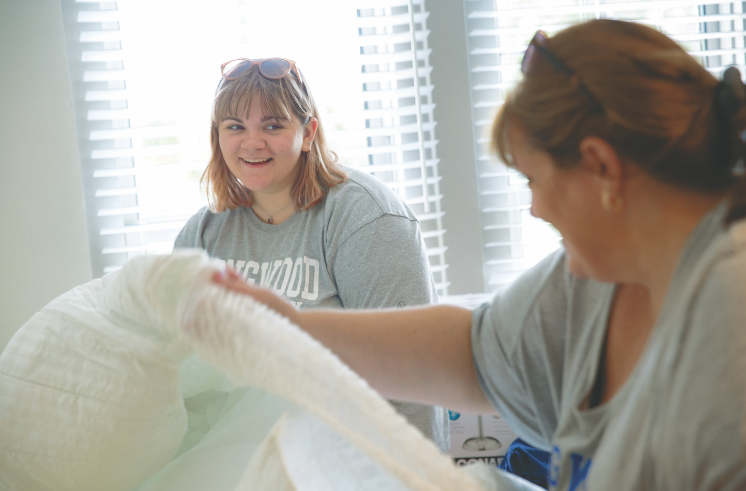 LEIGH DEWBERRY ’91 (right) helps get her daughter, Maggie Dewberry, settled into her room. ‘When I stepped on campus, I knew this is where I wanted to be,” said Maggie. 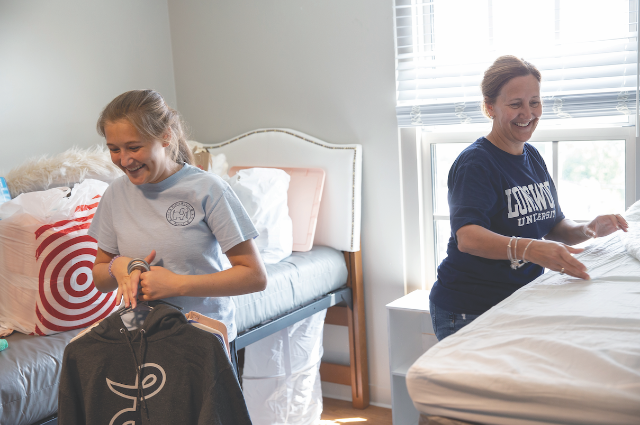 ‘The smallness of the school is what made Longwood so great for me, and I think that’s what’s going to make it great for her. I’m a little emotional thinking how much fun she’s going to have,’ said TRISH MOHRHUSEN ’91 as she helped daughter Laura Mohrhusen settle in.