Women’s basketball played the school’s first intercollegiate varsity athletics season during the 1920-21 school year. This photo of the 1924 team provides a glimpse into that era.

One hundred years ago, the Longwood women’s basketball team began a new chapter in the story of the institution. During the 1920-21 school year, the team—which at that point was more than 50 years away from adopting the moniker “Lancers”—played the school’s first official intercollegiate varsity athletics season.

As detailed in the 1921 edition of The Virginian, Longwood’s yearbook, that 11-woman squad played the first true intercollegiate games in school history against Harrisonburg Normal School, which would eventually become James Madison University. Longwood, then called the State Normal School (shortened to “S.N.S.” by the students), lost both games, but, in taking the leap to intercollegiate competition, they ignited a century’s worth of tradition that Longwood began celebrating this month.

The students of the State Normal School entered intercollegiate competition as a means to demonstrate and kindle school spirit, an enduring mission for Longwood athletics. 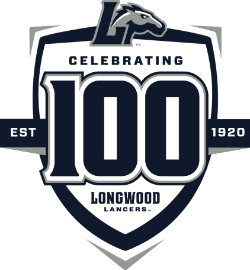 “We have class spirit,” reads an excerpt from the 1921 Virginian. “Have we school spirit? In the past we have had no real way to show our true school spirit in athletics. Beginning with this year S.N.S. is planning inter-school contests with other normals in basket ball [sic]. We have already played Harrisonburg two games in which fine school spirit was shown by both teams and although S.N.S. was defeated she hopes for better success next year.”

It’s fitting that the 100th Season Anniversary of Longwood Athletics ramped up with the women’s basketball team’s season-opening matchup against James Madison in Harrisonburg. It was the first of 29 regular-season games for the Lancer women, who will serve as flagbearers for a months-long celebration recognizing some of Longwood’s most prominent student-athletes, coaches, supporters and athletics milestones.

Among the celebratory initiatives will be a Feb. 7 on-campus gathering, a history-focused “100 Lancers in 100 Days” social media campaign and a run of feature stories on LongwoodLancers.com.

“This is such a milestone for Longwood University,” said athletics director Michelle Meadows, a hall-of-fame student-athlete herself at Virginia Tech who is now in her 13th year as a member of Longwood’s athletics department.

“When you look back at how college athletics has evolved, what it has meant and still means to universities, alumni and fans, and the opportunities it has provided for young people of all backgrounds, it’s no surprise it remains such an impactful part of the college experience. As one of the 50 oldest Division I institutions in the country, Longwood has an athletics history as rich as anyone’s, and we look forward to telling those stories in the coming months.”