Completion of the Norman H. and Elsie Stossel Upchurch University Center, located on the site of the former Cunninghams residence complex, is expected by fall 2018.

The three-story, 84,000-square-foot Upchurch University Center will have about 8,700 square feet of space devoted to office and meeting space for student organizations. The center will house the chamber room for the Student Government Association, as well as numerous areas where students can gather and collaborate on projects. Several new dining options will operate in the facility, including a Starbucks.

The center will house University Center and Student Activities staff, and was made possible by a $4 million gift from Elsie Stossel Upchurch ’43 of Front Royal. 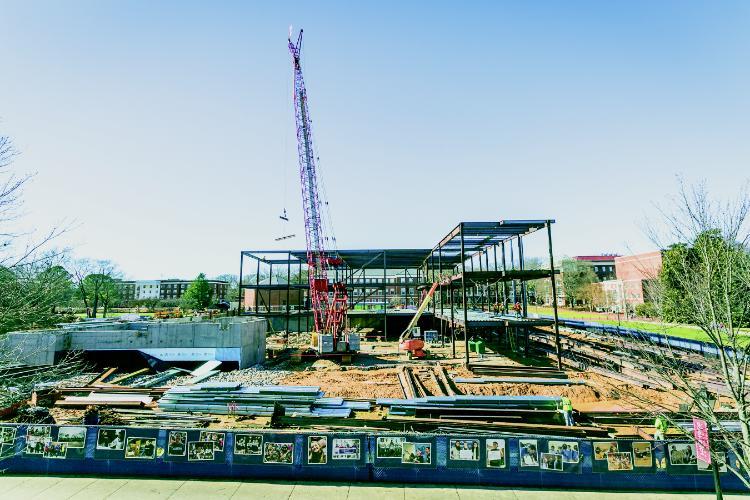 Brock Hall, home of the Student Success Center, is set to open by the end of 2017.

The two-story, 25,000-square-foot building will house the Center for Academic Success; the Writing Center; the offices of the Registrar and Disability Resources; First Year Experience and Family Programs; and the associate vice president for enrollment management and student success.

The building is named for benefactors Joan ’64 and Macon Brock, who recently made a $5.9 million gift to Longwood—the largest in the university’s history.

The clock tower atop Lancaster Hall recently underwent extensive repairs, believed to be the first major work to the tower since the building opened in 1939. All four clock faces were restored and two hands on each face were replaced; the clock mechanism was upgraded to an electronic system; and a new bell striker was installed. Also installed was a new LED lamp array system, providing lighting behind each clock face.

In addition, the damaged decorative guardrail and ornamental elements at the bell level were repaired and repainted. All parts of the tower received a fresh coat of white paint.

Lancaster, the former library, has housed offices for administrative staff since 1996. 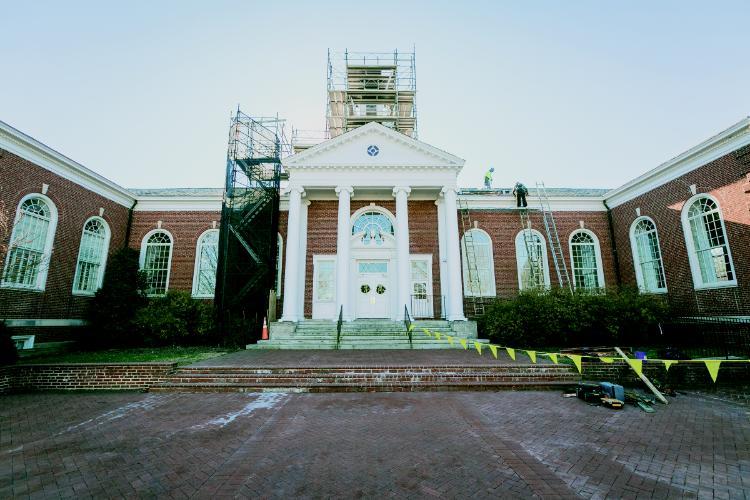