Rabih Alameddine, a Lebanese American fiction and essay writer known for his diverse and multifaceted storytelling, is the 2019 winner of the John Dos Passos Prize for Literature—a premier literary award given annually by Longwood University.

Alameddine’s work has been described as an East-meets-West comedic clash of cultures, layered with biting humor, that examines topics such as sexuality, exile, alienation and integration. He was a finalist for the National Book Award and National Book Critics Circle Award in 2014, the same year he won the California Book Awards Gold Medal Fiction for An Unnecessary Woman. In 2017, he won the Arab American Book Award and the Lambda Literary Award for Gay Fiction for The Angel of History.

Alameddine, who divides his time between San Francisco and Beirut, will be awarded the Dos Passos Prize at a ceremony on Longwood’s campus in Farmville, Virginia, on April 2, 2020. He will also visit classes and read selections from his works.

Alameddine was chosen as the winner from a shortlist of six finalists, who were nominated by members of the Dos Passos Prize jury. The committee looks for works that explore specifically American themes, experiment with form and encompass a range of human experiences.

“Rabih Alameddine’s work offers this rare and powerful mixture of real sadness, sharp wit, political importance and intellectual playfulness,” said Brandon Haffner, assistant professor of English at Longwood and chair of the Dos Passos Prize committee. “To read his work is to engage the whole of you—the brain works to keep up, the heart aches and pines, the belly laughs, the muscles are tensed. Readers aren't guided by the hand to an easy conclusion. They're challenged, provoked, bewildered.”

Alameddine infuses his work with elements of his personal life. Born in Jordan to an upper-middle-class Lebanese family, he grew up in Kuwait and Lebanon. After civil war broke out in Lebanon in 1975, he went to live in England and then came to the United States. He has an engineering degree from the University of California Los Angeles and an MBA from the University of San Francisco. He spent several years as a professional painter, but he knew he always wanted to be a writer.

Alameddine wrote his first novel, Koolaids: The Art of War, in 1996, inspired by the breakup of a relationship. His other novels are I, the Divine: A Novel in First Chapters, The Hakawati, An Unnecessary Woman and The Angel of History: A Novel. He published The Perv, a collection of stories, in 1999.

“Alameddine weaves together an incredible emotion with brilliant intelligence so that any reader of his work is fully moved in both body and mind,” wrote one jury member. Another wrote, “The reader enters his books as one person and exits transformed, equipped with a richer and more nuanced understanding of the world.”

The Lebanese civil war is a recurring theme in Alameddine’s works.

“I am interested in the civil war as a place of chaos where the normal is put aside,” he said in a 2008 interview with The Los Angeles Times. “I personally believe that we become much more human in some ways when there is chaos because we can see the best within ourselves but also the worst. ... Under wartime and chaos and stress whether it’s great disease or, you know, a major earthquake, one forgets the minor issues of life and the major ones come full force.”

Alameddine is the 38th recipient of the Dos Passos Prize, the oldest national literary prize given by a college or university in Virginia. Distinguished past recipients such as Paul Beatty, the 2015 winner, have gone on to garner further acclaim after their Dos Passos Prize selection. Beatty won the prestigious Man Booker Prize for Fiction in 2016 for his novel The Sellout. 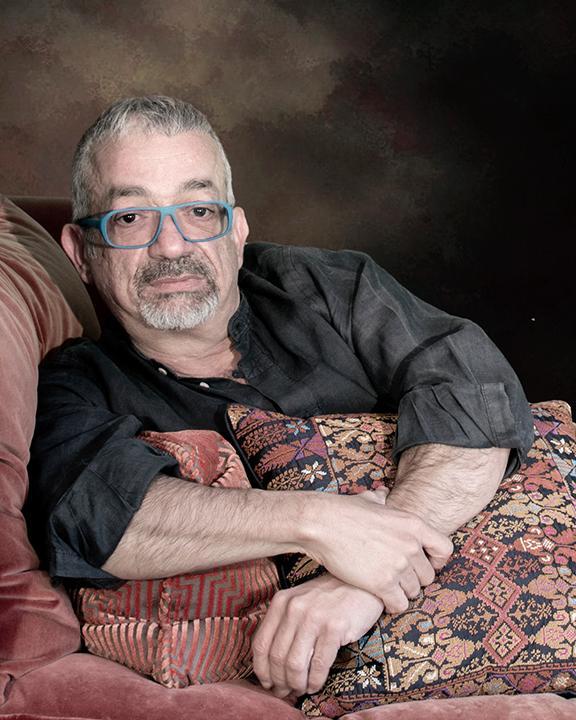