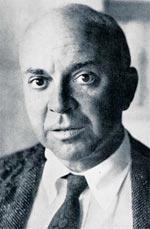 The John Dos Passos Prize for Literature was founded at Longwood College (now University) in Farmville, VA in 1980. The prize is meant to honor one of the greatest--and most often ignored--American writers of the twentieth century by recognizing other writers in his name.

Recipients of the prize are American creative writers who have produced a substantial body of significant publication that displays characteristics of John Dos Passos's writing: an intense and original exploration of specifically American themes, an experimental approach to form, and an interest in a wide range of human experiences.

An American Icon: A Brief Biography

John Dos Passos was born in 1896 in Chicago, the illegitimate child of parents already married to other people. He lived for years with his mother in Europe, then attended a preparatory school in the United States before attending Harvard and discovering his interest in writing.

After graduating from Harvard in 1916, Dos Passos joined the war effort, becoming an ambulance driver in France; during his time there he gathered the information for his first two novels, both scathingly anti-war: One Man's Initiation (1920) and Three Soldiers (1921). Dos Passos became a social activist, publishing two more critiques of the war and another novel, Manhattan Transfer, in 1925.

After seeing the execution in 1927 of Sacco and Venzetti, two Italian immigrants, Dos Passos published the U.S.A. trilogy to establish his disdain for the moral corruption of capitalist society and his hopes for a socialist remedy. The trilogy, which consists of the novels The 42nd Parallel (1929), 1919 (1931), and The Big Money (1936), established Dos Passos's literary reputation.

Although Dos Passos grew disenchanted with left-wing politics in the 1940's, ultimately rejecting as idealistic much he had once believed, for the remainder of his life Dos Passos continued to write novels about his views of postwar America. He received the Feltrinelli Prize for his fiction in 1967.

Dos Passos died of heart failure in Baltimore, Maryland on September 28, 1970, and the world lost the man some have called the greatest American writer.