All five recipients will enter graduate school this fall—a record four of them at Longwood.

“The Hargrett Prize is one of the greatest academic accomplishments a Longwood student can make,” said Dr. Larissa Smith, provost and vice president for academic affairs. “It takes extraordinary resilience, dedication and sacrifice to achieve this level of academic excellence. They all have bright futures and I look forward to celebrating them at commencement this fall.”

Several other student and faculty awards are traditionally given out at both the graduate and undergraduate Commencement exercises. All award winners will be recognized at the postponed Commencement, which will take place Oct. 9 and 10.

It takes extraordinary resilience, dedication and sacrifice to achieve this level of academic excellence. They all have bright futures and I look forward to celebrating them at commencement this fall.

Winners of the Hargrett Prize are:

Taylor Bauer, liberal studies. This fall, Bauer will return to a familiar place: the very middle school she attended a decade ago. There, she’ll begin her career as a special education teacher while completing her master’s degree in special education at Longwood. But her true goal is to help as many people as possible. “Beyond my eternal drive to seek out a greater understanding of the world around me is my desire to improve it,” she said. “The more I know and more skilled my instruction the better I can teach my students. Not everyone has the opportunities I have received so my purpose is to use my abilities in service of ensuring every child receives a quality education. This vision drives me every day to improve myself so that when the next opportunity to further my goal strikes I am ready to seize it.” Bauer is also the recipient of the Joan of Arc Medallion and the Shelby Waugh Award for Excellence.

Derek Holmberg, physics. Striving for perfection has always motivated Holmberg, and he will take that pursuit to the College of William & Mary to work toward a doctorate in physics this fall. And while he attributes much of his undergraduate success to that pursuit, he says his professors played a key role in helping him along the way. “All my professors, both in and outside my major, have been more than willing to answer emails, meet during their office hours, and answer my questions,” he said. “I think this one-on-one connection I made with my professors is something that’s much harder to form in a larger school, which is why I treasure Longwood’s small size.” Longwood’s 2018 nominee for the prestigious Barry Goldwater Scholarship, Holmberg is also the recipient of awards for outstanding freshman in physics, outstanding performance in physics research, and best senior physics major.

Dana Joss, history pre-law. Joss has juggled quite a bit in her four years at Longwood, and she’s done it all at a high level. A standout student-athlete on the women’s lacrosse team, the Hargrett Prize is the latest award in a decorated four years that has seen her earn all-conference honors, the Big South Conference’s prestigious George A. Christenberry Award for Academic Excellence, back-to-back CoSIDA Academic All-District recognitions, Longwood’s Outstanding Senior in History Award and the Joan of Arc Medallion. Also the president of the Longwood Student Athlete Advisory Committee (SAAC), Joss is far from finished. She plans to return to Longwood next year and enroll in the MBA program while also playing her final year of lacrosse, after which she plans to attend law school. “I want to become a lawyer in order to help others,” she said. “Throughout college, it was always my goal to achieve academic excellence so that I could get into law school and follow my dreams.”

Madison Schmitz, liberal studies. Like her fellow Hargrett Prize recipient Taylor Bauer, Schmitz will enter the classroom while pursuing her master’s in special education at Longwood in the fall. An art fanatic, she found a mentor the day she arrived at Longwood in Professor Kelly Nelson, who inspired her and helped further cement her love for teaching and desire to learn. “Mrs. Nelson helped me navigate the art education program at Longwood and always found time in her busy schedule for me and my never-ending questions,” she said. Mrs. Nelson was my advisor as well as my professor for various art and art education classes. As a result, she saw me at my worst and my best; however, she was always there to help, whether I was having a mental breakdown or excited to tell her I passed my Praxis II. I've always admired Mrs. Nelson's dedication to the value of art education and resilience towards the students she teaches.” Schmitz is the recipient of the Virginia Bedford Scholarship, Towne Bank Art Scholarship, Walton Scholarship for Art, and the Nan Aman Memorial Scholarship.

Jamie Wagner, communication sciences and disorders. Wagner, a four-year member of the Cormier Honors College for Citizen Scholars and a member of the Phi Kappa Phi honors fraternity, draws inspiration for her academic achievements from faculty members in the CSDS program. So when it came time to consider graduate schools to continue studying speech language pathology, she knew exactly where she wanted to go—or rather stay. This fall, Wagner will enter the graduate program at Longwood to pursue a master’s in speech language pathology. “My professors inspire me so much,” she said. “They all love this field so much and have a depth of knowledge that I aspire to have. I’m so glad that I started this journey with them and will now complete another degree working next to them.” After completing her degree, she hopes to work as a speech language pathologist in hospitals with patients who have suffered strokes, traumatic brain injuries, or other medical issues.

Haleigh Pannell, the outgoing SGA president, is the 2020 recipient of the Dan Daniel Senior Award for Scholarship and Citizenship, which recognizes leadership and academic success. The award is made possible by an endowment created by the late Congressman Dan Daniel.

During her four years at Longwood, Pannell devoted much of her time to service. In addition to her work with the Student Government Association, she was a member of Honor Board, Mortar Board and Alpha Sigma Alpha sorority, and was the founder of Promise 16, an organization that promotes greater awareness of student mental health issues and suicide prevention. She also maintained a rigorous academic schedule as part of the Cormier Honors College for Citizen Scholars.

“Haleigh is a person who cares very deeply,” said Dr. Tim Pierson, vice president for student affairs, who worked closely with Pannell during her time on the SGA. “She has been a very strong advocate for students but also strives to see issues from all angles, which made her one of the most effective and respected SGA presidents I’ve worked with. Even before she took on formal leadership roles, other students recognized her as their voice on campus. It’s been a joy to watch her grow into such a capable citizen leader and to know her for the last four years.”

Pannell broke new ground in spring 2019 when she was elected as the first African-American woman at Longwood to hold the position of SGA president. In that role, she worked with campus leaders and offices to emphasize the importance of intercultural relationships and inspired her fellow students to take on leadership responsibilities.

Dr. Lissa Power-deFur, professor of communication sciences and disorders and interim dean of the College of Education and Human Services, is the 2020 recipient of the Student-Faculty Recognition Award, the top honor for a Longwood professor at the undergraduate Commencement ceremony.

In her nomination, students described Power-deFur as a professor who “continues to go out of her way to help students succeed and seeks out opportunities for her graduate and undergraduate students to help them grow professionally and academically.”

Three graduate students have been honored by the College of Graduate and Professional Studies for their accomplishments while earning an advanced degree. They will be recognized at the graduate Commencement ceremony on Oct. 9.

Erin L. Mahone is the recipient of the Longwood Graduate Student Award. She earned a Master of Science in counselor education with a concentration in mental health counseling.

Mercedes “Sadie” L. Hodges is the Lancer Graduate Student Award recipient. She earned her Bachelor of Science in liberal studies in 2019 and this year earned her Master of Science in education with a concentration in special education.

Kayla J. Hogues is the recipient of the Graduate Student Leadership Award. She is a 2018 Longwood graduate and this year earned her Master of Science in counselor education with a concentration in college counseling and student affairs. 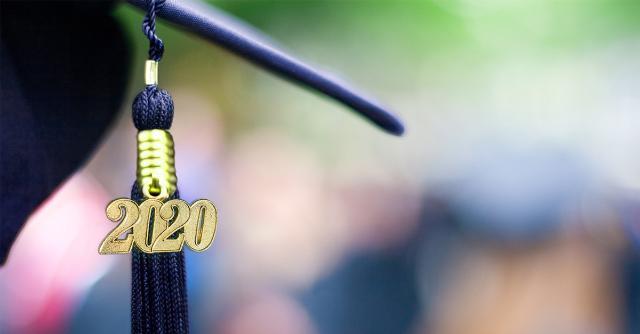