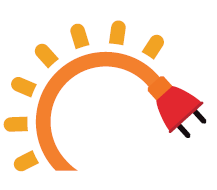 When Dr. Chuck Ross first arrived on Turks and Caicos, a beautiful, sunny island in the Atlantic, it wasn’t for a vacation. He was there to help residents take advantage of solar energy instead of paying hefty sums for electricity generated using fossil fuels.

“It’s really astounding that there aren’t solar panels on the top of every house there—it’s really the perfect spot to use alternative energy,” said Ross, a Longwood physics professor, who had learned of the situation from Herb Wilcox, a retired industrial engineer and energy consultant. Wilcox urged Ross to connect with professors at the local community college to work on advancing the use of solar energy. On several trips, Ross did just that, teaching students to build and install solar panels to power their houses. The Turks and Caicos project is one of several Ross and Wilcox have collaborated on. Now the pair have established an annual award to be given to a Longwood student who has completed or is about to complete research that helps preserve and improve the earth’s environment.

“We intentionally left the criteria vague so students from all disciplines can apply,” said Ross. “The research could be anything— from developing low-cost renewable energy solutions for disadvantaged populations to creating lesson plans for teaching fourth graders about climate-change issues.” Starting in 2018, a Longwood student will be selected each spring to receive a $1,000 award for her or his research. The prize is supported by a $25,000 endowment established by Ross and Wilcox.

“I’ve been at Longwood for 25 years,” said Ross, who was dean of the Cook-Cole College of Arts and Sciences from 2005-14. “It’s time for me to give something back to the students who have given me so much through the years. To do it in a way that I can support an issue that’s very important to me is very fulfilling.” Wilcox, an industrial engineer with Westinghouse Electric Company in the 1950s and ’60s, led the team of engineers that created technology used in several lunar landings. After leaving Westinghouse, he spent much of his life overseas as a teacher and oil company consultant. His time abroad influenced his advocacy of alternative energy.