Coach of the Year honors go to lacrosse, softball

LONGWOOD’S SOFTBALL AND LACROSSE programs helped the Lancers end the 2018- 19 academic year on a high note, and head coaches Elaine Jones and Kathy Riley were both rewarded with Big South Coach of the Year awards.

Jones, in her seventh year leading the lacrosse program, earned her first Big South award after leading the Lancers to a second- place finish in the regular season that was the team’s highest since joining the conference seven years ago. Jones’ Lancers finished the regular season as winners of five consecutive games and reached the semifinals of the Big South Championship. 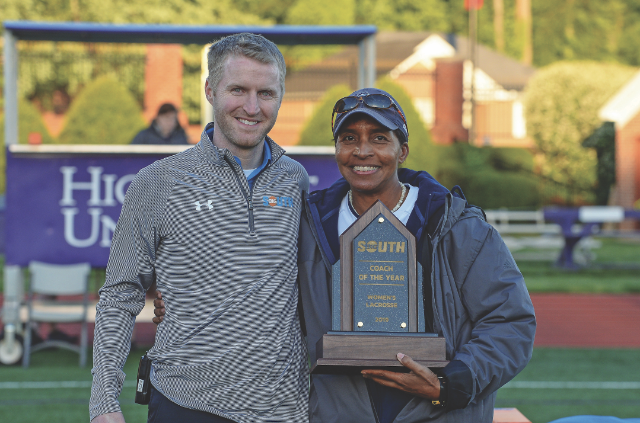 Riley, meanwhile, collected her third Big South Softball Coach of the Year honor after leading the Lancers to the Big South regular-season and tournament championships and taking Longwood back to the NCAA Regional for the fifth time. The Big South Championship was the program’s Big South-record fifth since joining the conference.

Both coaches earned those awards in a league-wide vote of their respective Big South coaching peers, and they became Longwood’s first duo of spring coaches to receive the honor in the same season. Five Longwood coaches have now been named Big South Coach of the Year.