Vik Pandya is a nationally touring stand up comic based in Chicago. Known for his sharp self-deprecation, observational humor on dating, & hilarious crowd work, his comedy album 'Friends With 401(k) Benefits' debuted #1 on iTunes / Top 10 on the Billboard Charts and he recently recorded a special for Dry Bar Comedy.

Vik has opened for both Roy Wood Jr. & Michelle Wolf and performs regularly at Zanies Comedy Club, The Laugh Factory, & The Improv in Chicago.  He's been featured in 17 comedy festivals across the country including the prestigious San Francisco’s Sketchfest (2020) and NBC's Breakout Comedy Festival (2018).

You don't want to miss the opportunity to see this comedian in Soza Ballroom on October 21, 2022 at 8PM. 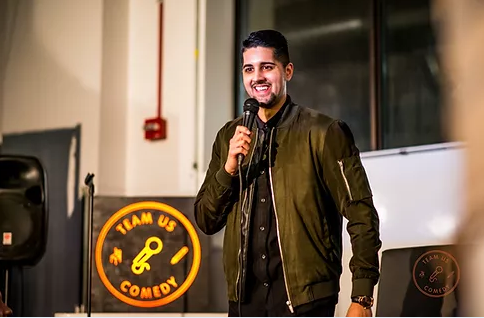