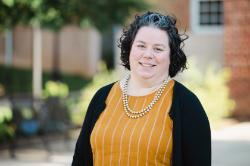 Rebecca Brusseau grew up in California, Virginia, and Japan. After completing her undergraduate degree in at Mount Holyoke College, she fell in love with teaching elementary school students. She spent twelve years as an elementary school teacher, working in both private and public schools in the Washington, D.C. metro area. During that time she earned a Master’s of Education at Marymount University and developed a passion for culturally sustaining and revitalizing pedagogies. Ms. Brusseau will graduate from George Mason University in December 2022 with a PhD specializing in Teaching and Teacher Education. She researches the learning of in-service teachers, especially learning around how sociocultural contexts intersect with and shape teachers’ work. Additionally, she is interested in qualitative methodologies with a particular focus on narrative inquiry and small story inquiry. She has taught both graduate in-service teachers and undergraduate pre-service teachers at George Mason and Longwood University. 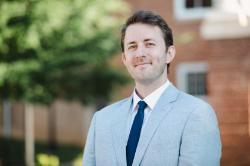 Dr. Jay Crowell is a native of Richmond, VA and an alumnus of Longwood University (’09) where he was actively engaged with WMLU as its News Director and the Honors Program (back before it was a college). After graduating Longwood with a B.A. in French and K-12 teaching certification, he spent three years teaching math and science at a French immersion elementary school in Fairfax County. He then spent five years teaching high school in New Kent County before attending the University of Virginia where he obtained his M.A. and Ph.D. in French. This past year, Jay was a lecteur d’anglais at the Université Paris-Est Créteil in France, living in the heart of Paris while finishing his dissertation on resistance to technology in contemporary French literature. Jay has relocated to Farmville with his wife Hilary where they bought their first home. In his spare time, he is an avid gamer. 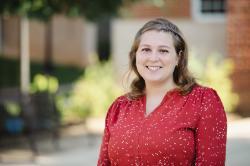 Megan DiBartolomeo grew up in Syracuse, NY. She completed her BA at SUNY Geneseo and her MA and PhD in Hispanic Linguistics at Indiana University, Bloomington. She has taught a wide range of Spanish language and culture, linguistics, and language pedagogy courses, and she enjoys sharing her love of these topics with her undergraduate students. She has also led summer study abroad programs in Chile, Mexico, and Spain. Her research focuses on second language acquisition and pragmatics, language pedagogy, and the effect of learner individual differences (e.g., motivation, anxiety, cognitive styles) on language learning. She has published various chapters in edited volumes and several articles in journals such as Studies in Second Language Learning and Teaching and Studies in Hispanic and Lusophone Linguistics. In her free time, she enjoys working outside in her garden, cooking, traveling, and taking walks with her dog. 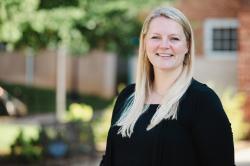 Jennifer Gerlach, Ph.D., NCC is an assistant professor in Counselor Education at Longwood University. Prior to arriving at Longwood, Dr. Gerlach served as an assistant professor and school counseling liaison at Texas A&M University-Corpus Christi for five years. Before moving to Texas, Dr. Gerlach was a high school counselor in Chesterfield, Virginia and contract bereavement counselor at Full Circle Grief Center in Richmond, Virginia for six years. Her research interests include student-athletes, wellness, school counselor preparation and issues, suicide prevention, and bereavement counseling. She is a proud graduate of both the University of Tennessee-Knoxville (B.A., 2007) and Virginia Commonwealth University (M.Ed., 2011; Ph.D., 2017). 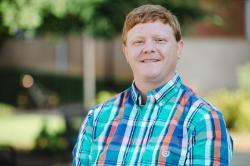 Justin Jordan spent his youth near Richmond, Virginia, and has spent most of his adult years in the New River Valley area of Virginia. He earned a BS in Psychology (2008), MEd in Clinical Mental Health Counseling (2011), and a PhD in Counselor Education and Supervision (2021), as well as graduate certificate in Education Research and Evaluation, from Virginia Tech during his time in southwest Virginia. He is also a Licensed Professional Counselor and Certified Substance Abuse Counselor in Virginia, having provided counseling services to adults and teens over the last decade. Dr. Jordan specializes in substance use counseling and has researched counselor perceptions of harm reduction as a response to the Opioid Epidemic. He enjoys playing with his two sons, seeing live music with his wife and friends, being in nature, jogging, and following his favorite sports teams. He enters his second year as a faculty member and first year as an Assistant Professor of Counseling here at Longwood University.

Amanda Knight hails from the great state of Wyoming, where there are nearly as many antelope as there are people. She has lived in various parts of the country since, including Oklahoma, Connecticut, Tennessee, Texas, and, most recently, Atlanta, Georgia. She received her PhD from Emory University, having written her dissertation on sense-perception as a conceptual metaphor in the theology of Augustine of Hippo. Her research continues to center on St. Augustine, though she is also broadly interested in ancient moral psychology, ancient epistemology, metaphor theory, and early Christian theology. She loves running, frequenting coffee shops, and spending time with her husband, baby boy, and cat. 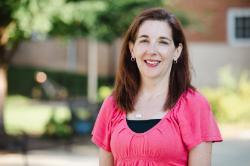 Kathlene McCloy graduated from Virginia Tech with a degree in Management in 1992, but soon decided to return to school at Marymount University for Nursing, graduating in 1995.  Her area of expertise in nursing has been primarily in critical care and cardiac, and she gained her CCRN in 2014.  In 2016 she decided to return to school, earning a Master of Science in Nursing Education from Liberty University.  She has been teaching undergraduate nursing students in both clinical and didactic settings since 2018.  When not teaching, she can occasionally be found working at her bedside nursing job in critical care, where she maintains her critical care certification. She is passionate about teaching, not only students, but patients and their families as well.   Outside of work, she enjoys reading, walking/hiking with her family and dog, relaxing at the beach and traveling with her husband and 2 college-age children. 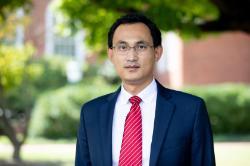 Prior to coming to Longwood University, he spent four years as an Assistant Professor of Finance at the University of Richmond. In his research, he proposes new measures to investigate topics such as industry merger waves.

He is a native Chinese and enjoys his time with his family, running, and soccer. 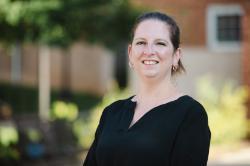 Clarissa Moctezuma grew up in an air force family and lived in several states throughout the country during her childhood.  She began working toward an AAS degree with a focus in science several years after completing high school and earned that degree in December of 2011.  From there Prof. Moctezuma transferred to the University of Lynchburg and received her Baccalaureate degree in nursing with a minor in psychology in 2015.  She worked as a medical-surgical floor nurse until 2018 and served as program coordinator for a CNA training program.  In 2018 she began working as a unit-based educator in a local hospital system while pursuing her Master’s degree in nursing education at Western Governor’s University which she earned in 2019.  She transitioned to hospital-wide educator in 2019 handling nursing orientation and then clinical scheduling for the local colleges.  She is excited to join the Longwood Nursing family as a clinical educator in Fall of 2022.  She is currently pursuing her doctorate of nursing practice with a focus in educational leadership from Post University with anticipated graduation in early 2023.  She is ANCC certified in medical-surgical nursing and nursing professional development.  She lives in Appomattox, VA with her husband and three children and in her spare time runs a small farm and petting zoo with an assortment of animals.

Steven Mueller is a proud member of the Lancer family. Steven earned his Ph.D. in Business Administration (Management) from the University of Nevada. Additionally, he completed a Graduate Marketing Certification from East Carolina University. He has taught courses in psychology, organizational behavior, business ethics, marketing, business research, and strategic management and policy. He is published in the Journal of Business Ethics, Current Psychology, Personality and Individual Differences, Journal of Product and Brand Management, and the Journal of Personality Disorders and has presented at many national and international conferences. Steven enjoys spending time outside, exercising, eating chocolate chip cookies, and enjoying life with his family, including his Papipoo named Ziggy!​ 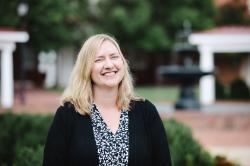 Sara E. Neher grew up in Richmond, Virginia and now serves as Interim Dean for the Longwood University College of Business and Economics. She has worked as both an educational administrator and business professional, and is a partner at Kennedy & Company Education Strategies.  With experience in leadership, education, sales, and marketing within diverse business industries, Sara brings a diverse set of skills in recruiting, evaluation and scholarship strategy, as well as fundraising, financial analysis and process design.  Serving as the Admissions dean of the Darden School of Business at the University of Virginia for eleven years, she read thousands of applications, launched new degree programs and managed the rankings data submission and relationship process.  Sara also leverages fundraising and sales experience from the Jefferson Scholars Foundation and Procter & Gamble. 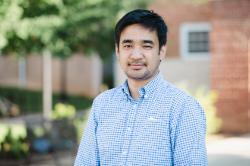 Sanish Rai grew up in Pokhara, Nepal. He completed his Bachelors in Computer Engineering from Institute of Engineering, Pulchowk Campus in Kathmandu, Nepal. He earned his Masters and PhD in Computer Science from Georgia State University, Atlanta, USA. He taught at West Virginia Institute of Technology before joining Longwood University as Assistant Professor of Computer Science. His research interest includes simulation and modeling, data assimilation, occupancy estimation, artificial intelligence and machine learning. He is also interested in Scholarship of Teaching and Learning and research in Computer Science pedagogy. 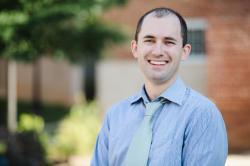 Originally from Darnestown, MD, Dr. Michael Waddell is an Assistant Professor of Music at Longwood University.  His primary duties include conducting the Wind Symphony and teaching applied low brass. Prior to joining the faculty at Longwood, he held positions at Hiram College, Indiana University of PA, and several K-12 schools.  As a performer, Dr. Waddell is a member of the Keystone Quartet and can be heard on their recently released debut album Sweet Appalachia.  He can also be heard on Versatile Southern Rock and Roll by Rye, Chronicle by Zach Collins, and on several recordings with the Keystone Wind Ensemble on the Klavier Label. His research focuses on the lives of living composers and analysis of their music; this work is published regularly in the International Tuba-Euphonium Association (ITEA) journal.  Dr. Waddell earned his DMA from West Virginia University, MM from Georgia State University, and B.S.Ed. from Indiana University of Pennsylvania.